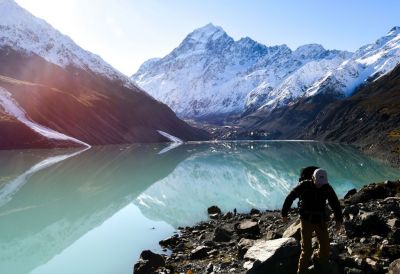 Glaciers are large masses of crystalline ice, sometimes accumulated with liquid water as well as snow, rock, and sediment. They are formed on land over hundreds of years and are made from fallen snow that’s been compressed into ice over time. Unlike snow or regular ice, glacier ice appears blue, this is because the ice absorbs the longer red wavelengths and reflects the shorter, blue wavelengths. In general, glaciers are the largest source of fresh water on the planter, providing up to 75% of the world’s freshwater.

On the West Coast of South Island, New Zealand, in Westland Tai Poutini National Park, lies the 12 km (7.5 miles) long Franz Josef Glacier. Together with its neighbor, Fox Glacier (13 km; 8.1 miles), they are among the most accessible glaciers in the world, meaning they are a major tourist destination for locals and foreigners alike, with Franz Josef being the third most visited tourist spot in New Zealand.

As annual visitors tripled from 2008 to 2017, what used to be an accessible hike up the glacier, was cut off in 2012 when the terminal face of the glacier collapsed. The trek was further shortened in 2020, as it is too dangerous to approach by foot, visitors can only pass the unstable terminal face, via helicopter. Thankfully most tour companies include a helicopter ride as part of the tour. 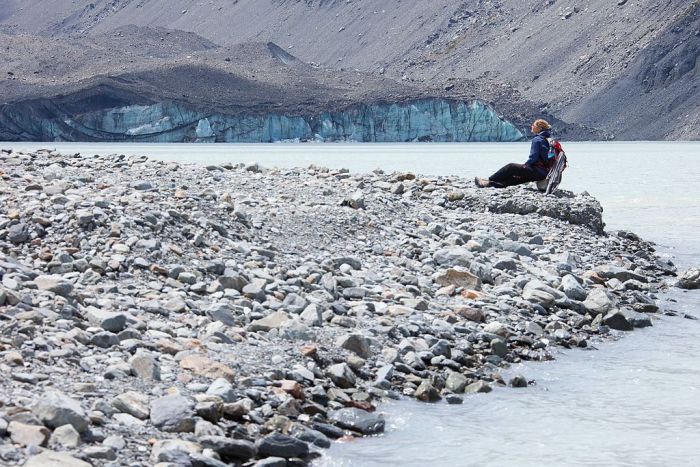 Booking on a guided tour is highly recommended, as safety is a top priority in this region. Due to the ever-changing nature of the glaciers, no two tours are the same. Even within the same day, the ice changes at such a rapid rate that some hike paths may become unstable, while new ones may open. After a long day of taking in the beauty of one of nature’s phenomena, take a dip and relax in the nearby Glacier Hot Pools. Some entrance fees may be included in your glacier hike tickets – so keep an eye out for inclusive discounts!