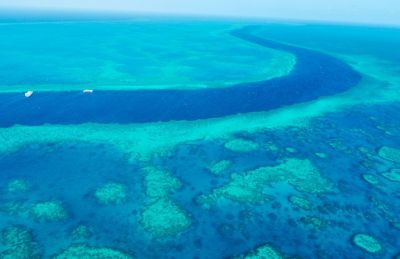 A Newly Discovered Coral Reef That Is Taller Than a Skyscraper

Oceans cover more than 70 percent of the Earth’s surface, but more than 80 percent of our ocean is unmapped, unobserved, and unexplored. The ocean is the lifeblood of Earth. It drives our weather, regulates temperature, and supports all living creatives. But there is so much about the ocean that we just don’t know, and now a team of scientists has unlocked another secret of the deep! A team of Australian scientists located a massive blade-shaped reef that is comparable in size to a skyscraper; it’s even taller than the Empire State Building! In a recent press release, the Schmidt Ocean Institute announced that its research vessel Falkor, which is currently on a yearlong mission of the oceans surrounding Australia, located a more than 1,640-foot-tall detached coral reef in the Great Barrier Reef. Even with all the advances in technology over the last century, this marked the first discovery of its kind in 120 years.

The base of the reef is about a mile wide and rises to crazy heights such as the 1,454 foot tall Empire State Building. Its top sits 130 feet below the sea surface. The reef was first found on October 20 of this year by a team led by James Cook University’s Dr. Robin Beaman, and then confirmed via an October 25 dive — which was livestreamed — using a remotely operated vehicle (ROV) named SuBastian. (Both the SuBastian and Falkor are named after characters from the German novel-turned-film “The Neverending Story.”) “We are surprised and elated by what we have found,” Dr. Beaman said in a statement. “To not only 3-D map the reef in detail, but also visually see this discovery with SuBastian is incredible.” 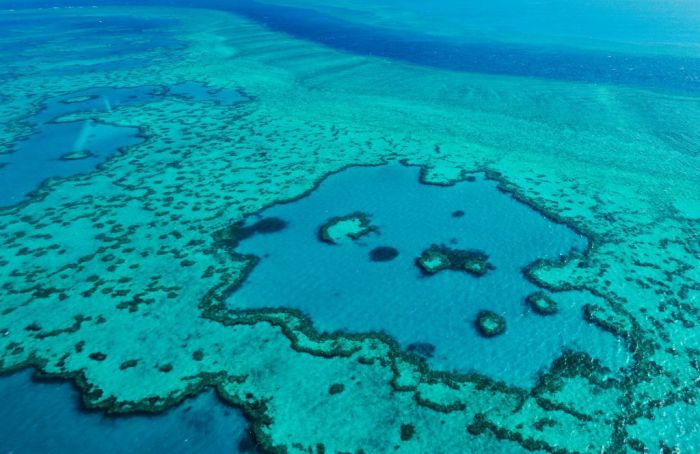 The reefs join seven other known ones in the area, which have been mapped since the 1800s, the best known being the green turtle nesting area of Raine Island. “This unexpected discovery affirms that we continue to find unknown structures and new species in our ocean,” Schmidt Ocean Institute co-founder Wendy Schmidt said in the release. “Thanks to new technologies that work as our eyes, ears, and hands in the deep ocean, we have the capacity to explore like never before.” The massive coral reef is just one of the Schmidt Ocean Institute’s findings this year. They also found deep-sea coral gardens and graveyards in Bremer Canyon Marine Park in January, the longest recorded sea creature — a 147-foot-long siphonophore — in the Ningaloo Canyon in April, and a rare Coral Sea scorpionfish in August. While the Great Barrier Reef has been drawing visitors with the Museum of Underwater Art opening in August, it’s also one of the areas most noted for the effects of climate change, as the natural wonder has lost half its coral since the 1990s.