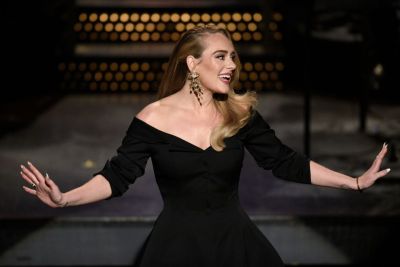 Adele announced the news that she would be hosting Saturday Night Live  on Instagram on Sunday, saying she is “so excited” and “absolutely terrified”. The Grammy-winning UK pop star will have one of her favorite US singer-songwriters, H.E.R, as a musical guest. It was her first-ever hosting gig and something she was nervous to do.  “I’ve always wanted to do it as a stand alone moment, so that I could roll up my sleeves and fully throw myself into it, but the time has never been right.” She added: “But if there was ever a time for any of us to jump head first into the deep end with our eyes closed and hope for the best it’s 2020 right?” Adele has kept a low profile since her world tour ended early in 2017, but she has been rumored to be in the studio making a new fourth album.

But now she is back and everyone couldn’t be happier about it! During her monologue, Adele joked about her recent weight loss and told fans “my album’s not finished.”  “I know I look really, really different since you last saw me,” said the 32-year-old, as she took to the stage. “But actually, because of all the Covid restrictions…I had to travel light and I could only bring half of me,” she joked. “And this is the half I chose.” 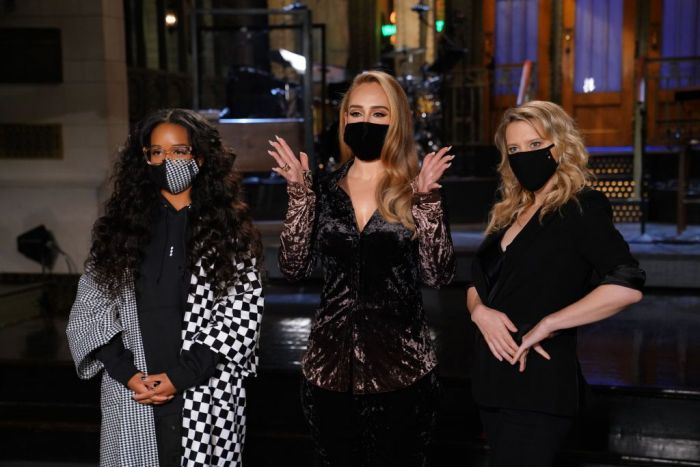 It has been five years since Adele last released an album and three since she last appeared on US TV at the 2017 Grammy Awards. In her opening monologue, Adele said she was thrilled to be part of the show that “broke my career in America, 12 long years ago.” She explained, “You see I was the musical guest back in 2008 when Sarah Palin came on with Tina Fey, so obviously a few million people tuned in to watch it. And well, the rest is now history.” That episode was the highest-rated edition of SNL in 14 years, and Adele’s performance of ‘Chasing Pavements’ and ‘Cold Shoulder’ made her an overnight star. The day after Adele’s performance, her debut album 19 took the top spot on the iTunes chart for the first time, while ‘Chasing Pavements’ climbed the Billboard chart from 46 to 11, giving the star her first US hit.