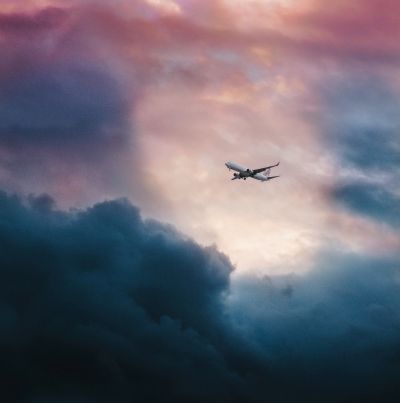 Alaska Airlines is hoping to fly toward a brighter future. Last week, the carrier debuted its newest aircraft, showcasing quotes from Maya Angelou, Martin Luther King, Jr., and Nelson Mandela, along with images of 14 students, as a sign of its commitment to a more equitable future through education. The Boeing 737-900 ER, which was designed in partnership with the nation’s largest minority educational organization, UNCF, is called “Our Commitment.””As a company, we know we are not yet where we need to be when it comes to diversity, but we are inspired and guided by our value to do the right thing,” the airline’s CEO Ben Minicucci said in a statement. “With this aircraft, we are doing the right thing by amplifying the conversation around education, equity, and belonging and taking it to the skies.”

The project was born from conversations that resulted in the belief that education is key to making real change in equity and representation. In order to capture that messaging, designer Jonny Mack (who had previously created 11 of Alaska’s special aircraft) turned to Chicago artist Adé Hogue, who he had met at a typography conference.

“I knew that we needed a Black voice and perspective in the design, and Adé’s recent work tackling big social justice issues seemed like the perfect collaboration,” Mack told Travel + Leisure. Initially using random images of people on the plane, they felt like there was an opportunity to do something more. “I suggested that we reach out to Alaska’s employees and use real children and students to bring in a personal connection and really tell that story of education with the UNCF partnership,” he added. Thus, the 138-foot-long, 41-foot-high artwork now ties together the company’s messaging in the most personal of ways, showing both family members and mentees of its employees, all of whom have their own stories to tell. Additionally, the seatback cards detail the airline’s message, along with the history of its 15-year partnership with UNCF.