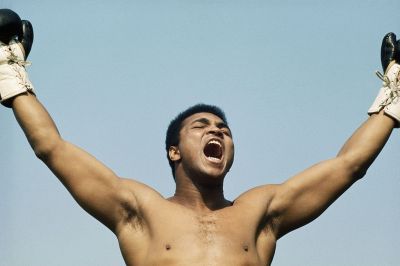 According to Bonhams’ auction house, Muhammad Ali’s original artwork collection has just been sold for a total of $945,524. It may be a surprise to some, but the fighter also had a creative streak, frequently dabbling in art and activism.  The auction house sold all 28 pieces created by the world’s most famous boxer. Ali passed on in 2016 at the age of 74 due to complications related to his battle with Parkinson’s disease. 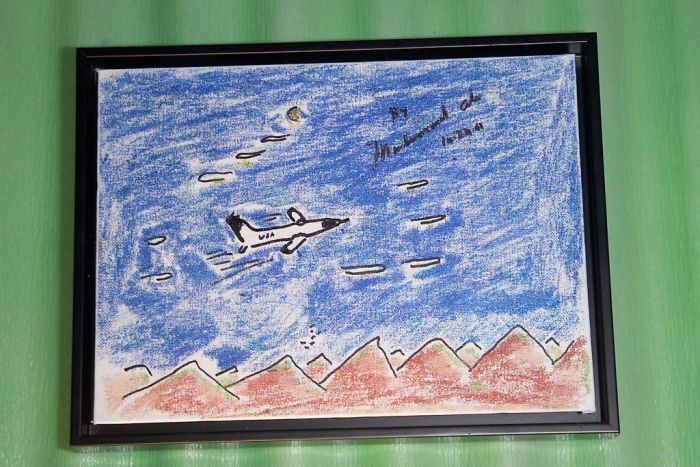 Bonhams’ issued a statement on the 5th detailing the sale of his 28 piece collection listed the total as just under $1 million, which according to the auction house was “3 times over the low estimate”.  One of the highlights of the collection was a sketch from 1978 titled “Sting Like A Bee”. The piece was the highest ever paid for an Ali original at a staggering $425,312. In the sketch, Ali can be seen standing over his opponent with a speech bubble above his opponent’s head which reads: “Ref, he did float like butterfly and sting like a bee!”. The referee has his own responding speech bubble which reads: “Yes, if you were smart you run like me”.

The quote highlighted in the artwork was said by Ali in 1964 before his bout with Sonny Liston in the World Heavyweight Championships. The phrase “float like a butterfly, sting like a bee – His hands can’t hit what his can’t see” has easily since become one of the most recognized and uttered quotes in modern history.

Helen Hall, Director of Bonhams Popular Culture Department, said in the statement: “It was an honor to offer such a rare and unique opportunity to acquire original works by ‘The Greatest of All Time,’ Muhammad Ali… The artworks depicting subjects close to his heart: boxing, civil rights, religion, world peace, and humanitarianism were all treated with equal vigor by bidders,” Hall continued.