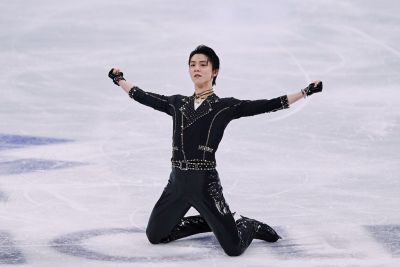 All Eyes Are on Olympic Figure Skater Yuzuru Hanyu

All eyes may be on Japan’s summer athletes as Tokyo 2020 draws near, but there’s another Olympics in Asia a couple of years later on, and in Japan, Yuzuru Hanyu is the man that the fans want to see in Beijing 2022. Already a two-time Olympic champion, a two time World Champion, and four time Grand Prix final champion, the figure skater is perhaps his country’s finest ever ice athlete – and regarded by many as the best figure skater in history.

He has broken an extraordinary 18 world scoring records, and still holds the current world record for the short program. He’s the first man ever to break the 100 point mark in short program, the first to gain 200 points in free skating, and the first to get a combined total of 300. He’s also the first Asian skater to win an Olympic gold, a feat he achieved aged just 19 at the Sochi 2019 Olympic Winter Games. This made him the youngest winner of the title since 1948. Hanyu then followed up that amazing performance with a gold at PyeongChang 2018. 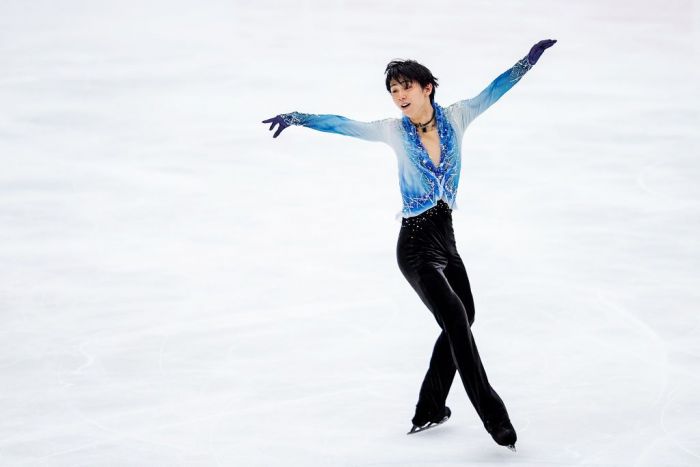 Yuzuru Hanyu competed in the men’s free skating during the ISU World Team Trophy figure skating event in Osaka on Friday, April 16. For a second straight night, two-time Olympic champion Yuzuru Hanyu finished second-best to three-time reigning men’s world champion Nathan Chen of the United States on Friday at the World Team Trophy six-nation figure skating meet. By topping Hanyu in Friday’s free skate with a score of 203.24 points to 193.76 at Maruzen Intec Arena Osaka, Chen earned the United States 12 points, while Hanyu secured 11 for Japan. After the second day with the women’s and pairs free skates set for Saturday’s finale, Russia leads with 91 points, with the U.S. second on 83 and Japan third with 78.

Hanyu may not have been the best on the ice, but with the Beijing Olympics looming, he seemed fixed on the future and the skating world’s most difficult jump. “From start to finish, I felt I could skate my program in perfect harmony with my music,” Hanyu said. “So in one sense, I’m satisfied. This was the first time in a while I felt I was able to execute my jumps the way I wanted. “Armed with this knowledge, this experience, I want to take aim at the quad axel for next season.”