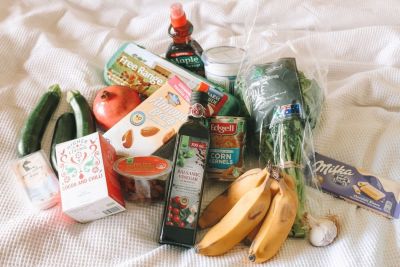 Last September, Amazon launched a new contactless payment option that allowed customers to pay for items at two of its Amazon Go stores in Seattle, and it said that it had plans to bring its new biometric option to additional locations and to other retailers in the future. Amazon One is a variation on the idea of swipe-and-go, but instead of a credit card or even a payment app, shoppers just have to wave their palms over a small scanner.

“We wondered whether we could help improve experiences like paying at checkout, presenting a loyalty card, entering a location like a stadium, or even badging into work,” Dilip Kumar, vice president of physical retail and technology at Amazon, wrote in a blog post. “So, we built Amazon One to offer just that—a quick, reliable, and secure way for people to identify themselves or authorize a transaction while moving seamlessly through their day.”

Pay with your hand? Amazon is bringing palm-scanning payment system to Whole Foodshttps://t.co/4HIs2c1iu9

According to The Verge, Amazon has finally decided to test the palm scanning payment option at Whole Foods—or at least in one Whole Foods, for now. As of Wednesday, Amazon One is available at the Madison Broadway Whole Foods store in Seattle, and the company has plans to expand into seven other Seattle-area stores later this year. Customers who are interested in the new one-handed checkout option can register at a kiosk inside the Madison Broadway Whole Foods (and at other participating locations) to connect a credit card to their palm scan. The Verge also notes that Amazon One users can connect their palms to their Amazon Prime accounts so they’ll get those Prime discounts at Whole Foods.

So why a palm scan? Kumar explained that it’s a pretty good body part, as far as biometric options go. “[P]alm recognition is considered more private than some biometric alternatives because you can’t determine a person’s identity by looking at an image of their palm,” he wrote. “It also requires someone to make an intentional gesture by holding their palm over the device to use. And it’s contactless, which we think customers will appreciate, especially in current times.”

Reuters reports that the Amazon One rollout will not require (or result in) cashier-less checkout lines at participating Whole Foods stores, as someone still has to scan each item before the customer is prompted to pay. It’s also a requirement that someone has to be there to force a smile when your dad says “Abracadabra” or “Open Sesame” every time he waves his palm over the scanner.