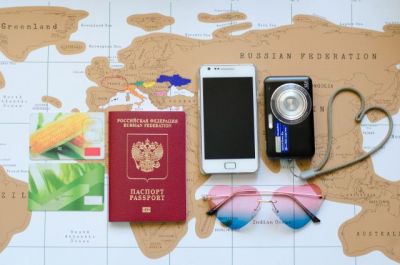 America's Favorite Celebrities Who Were Born Outside The United States

Let’s take the most American thing we can think of: a cowboy. The first image that pops up in your head is definitely a man out in the wild west tipping his hat down with one hand and reaching for his holster with the other. But, did you know that the first cowboy appeared in Spain? Americans are proud of their country, but there are some things we assume to be Americans that are not- especially Hollywood’s famous celebrities. Here are some of America’s favorite celebrities and where they actually came from!

Actually is from Canada

What if we were to tell you that Rachel McAdams is the real Canadia Mean Girl (get it, from her role in the famous cult movie?). Well, the United States is definitely head over heels in love with McAdams even if she isn’t from the U.S. originally. McAdams was born in Canada where she began her acting career. Her first big Hollywood film was the comedy The Hot Chick.

Actually is from Australia

We bet you guys didn’t know that Portia De Rossi is actually from Australia! We all know Portia De Rossi as Lindsay Fünke from Arrested Development, Ellen Degeneres’ wife, and overall gorgeous, down to earth star. But man do we feel like fools for never knowing she was born in Australia. And she was born with a different name- Amanda Lee Rogers!

Actually is from Spain

Yup, bet you guys are surprised to see everyone’s favorite Stranger Things starlet to be on this list! Millie Bobbie Brown is only fifteen years old, but she is already all over the Hollywood scene. Brown was born in Marbella, Spain. The family moved to Dorset in the South of England when she was four years old. Then the family moved again to Orlando, Florida just four years later.

Actually is from London

Even the biggest OC fans probably didn’t know Mischa Barton was born outside the U.S. Mischa Barton has for most of her career been closely associated with Orange County, California, for her breakout role in The OC. But actually Barton spent the first five years of her life in Hammersmith, London. Burton was born to an Irish mother and a British father, who later moved the family to New York City in 1991.

Actually are from Italy

Okay, this one was a total surprise for us, too. One of the most recognizable twins out there in Hollywood, Dylan and Cole Sprouse were born in Tuscany. The brothers grew up, however, in the United States. Cole recently gave a mention to Italy when he was featured in L’Uomo Vogue, tweeting “Honored to be featured in my birth country.”

Actually is from Canada

Ryan Thomas Gosling, Hollywood’s heartthrob, was born in London, Ontario to Mormon parents. Gosling has said that religion influenced every aspect of his family’s life, although he “never really could identify with [Mormonism].” His father, Thomas Ray Gosling, was a traveling salesman for a paper mill causing in the family moving around a lot.