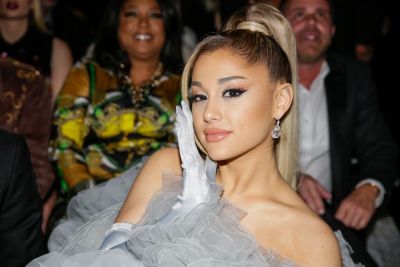 The sweetheart of Pop turned 27th on Friday with a small gathering surrounded by friends and loved ones. The party was hosted by her boyfriend, Dalton Gomez, and her friends Dough Middlebrook and Diane Herrera. The party theme was inspired by the horror film Midsommar. There was floral decor everywhere and guests wore flower crowns. Ariana posted a snap of the party with the caption “Thank u for the most beautiful midsommar bdayyyy.” She shared a picture featuring her with her brother, Frankie, and her mother, Joan, as well as a picture of her dog with a flower headpiece. The horror film’s lead actress Florence Pugh also gave her stamp of approval. Pugh reposted one of Ariana’s videos writing, “Mayqueeen!! Now have some mushroom tea.”

Ariana Grande has had quite an exciting year. She confirmed her relationship with Dalton Gomez in the “Stuck With U” music video back in early May. Grande collaborated with Justin Bieber on the track to benefit coronavirus relief efforts. The proceeds from streams and sales went to the First Responders Children’s Foundation and will also fund grants and scholarships for children of health caseworkers, EMTs, paramedics, police officers, and firefighters on the front lines of the pandemic. The music video featured the singer dancing and hugging the Los Angeles real estate agent.