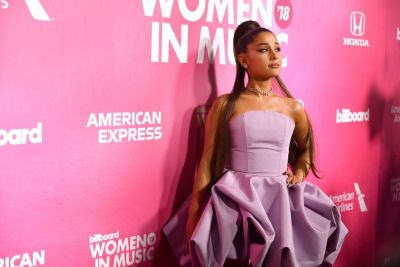 Ariana Grande Has Had a Busy Year

Ariana Grande has had one busy year! Just last month she broke Miley Cyrus’ record of the fastest woman to accumulate three No. 1 albums. The 27-year-old star made history after her latest album Positions hit No. 1 on the Billboard 200 chart: she set the record for the fastest woman to have three No. 1 album, beating a record previously held by Miley Cyrus. It only took Grande two years and three months to have a trio of No. 1 albums on the chart, following the releases of 2018’s Sweetener and 2019’s Thank U, Next.

“hello / thank u. i know these things aren’t v important on the grand scheme of things but when they do happen i feel it’s important to express gratitude for your love and support !!! so i am indeed rambling today. sry,” she wrote on Instagram. “this is my favorite album yet and your response to the music has made my heart so incredibly full, i can’t even begin to fully express how much it means. so thank u. so very much,” she added.

Mariah Carey will also be releasing the soundtrack single and music video for “Oh Satna!,” a musical collaboration with Ariana Grande and Jennifer Hudson. The gifts just keep on coming this year! The collab will be released on the day of the special’s premiere. The soundtrack to the special will be available exclusively on Apple Music on December 4th and all other platforms on December 11th. Carey will also give an exclusive interview with Apple Music’s Zane Lowe on December 7th. The “All I Want For Christmas” singer will run through her personally curated playlist of favorite holiday songs and talk about her new music and recent memoir, The Meaning of Mariah Carey. She will also make an additional appearance on Apple Music’s new radio station, Apple Music Hits, on December 25th for a six-hour holiday hits special, featuring the biggest festive songs, and will tell fans about her own holiday memories.