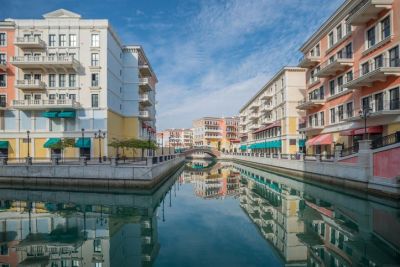 Man-made islands demonstrate our ability as humans to create the extraordinary. Artificial islands are typically generated in contemporary times by land reclamation or the unintentional isolation of existing land, and these islands were made to fulfil various objectives. The built island, Pearl-Qatar, is roughly 4 square kilometres (1.5 square miles) of abundant living. The island, built atop one of Qatar’s most prominent pearl diving spots, is said to be home to nearly 18,000 people. Apartments and townhouses are available, as are villas and luxury hotels, as well as award-winning marinas and more than 30 kilometres (18.6 miles) of magnificent coastline.

Amwaj Islands, Bahrain, was developed to enhance the availability of waterfront property in the Persian Gulf. It now includes corporate, residential, and retail structures, amusement parks, a hospital, a university, and a dining district. One of the features of this residential paradise, reclaimed from relatively shallow waters, is the Floating City, where the buildings are encircled by water channels suitable for storing boats. For almost 2000 years, the Dutch have been safeguarding and expanding Holland’s land, and they have developed the world’s largest artificial island by draining lakes and pumping water. Flevopolder was established in the Netherlands’ 12th province, which promotes agriculture and includes attractions such as shipyards going back at least to the Dutch India Company and nature reserves. 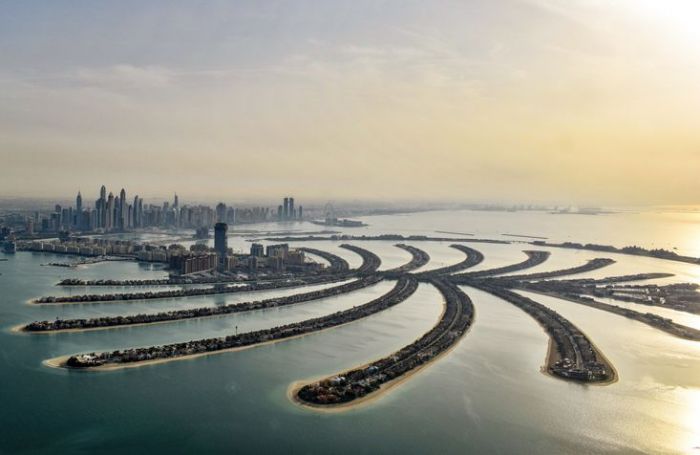 Fundo Island, Brazil, located off the coast of Rio de Janeiro, is primarily home to the Federal University of Rio de Janeiro. The island was allegedly formed in 1950 by connecting existing islands using embankment techniques. It is impossible to discuss man-made tourism destinations without mentioning the Palm Jumeirah. This archipelago, one of Dubai’s most famous palm islands, is shaped like a palm tree within a circle. Palm Jumeirah was constructed in the early twenty-first century using just sand and stones and no artificial building materials such as steel or concrete. Dubai’s significant petroleum income partly funded it, and while it is today a world-famous tourist attraction, it was originally designed to serve as lavish real estate for billionaires.