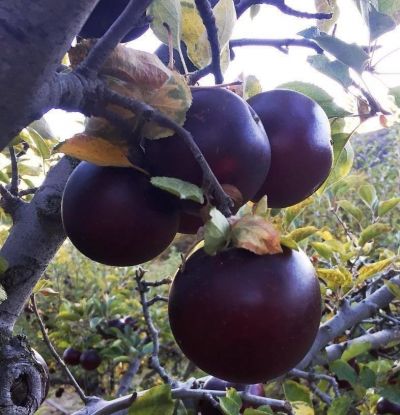 Apples are one of the most ubiquitous fruits out there – it’s truly a rare sentence to hear when somebody says that they don’t enjoy eating an apple.  It’s even said that they keep pesky doctors away. And yet, the fruit still has more surprises for us. With over 7,500 varieties it’s unlikely you’ve heard of all of them, let alone tasted them all. But if there is one in particular that I’d like to try, it would be the Tibetan Black Diamond apple. Easily recognizable by its incredible dark skin, it almost appears poisonous to the touch – but don’t let its formidable appearance deceive, the Black Diamond is both edible and delicious. 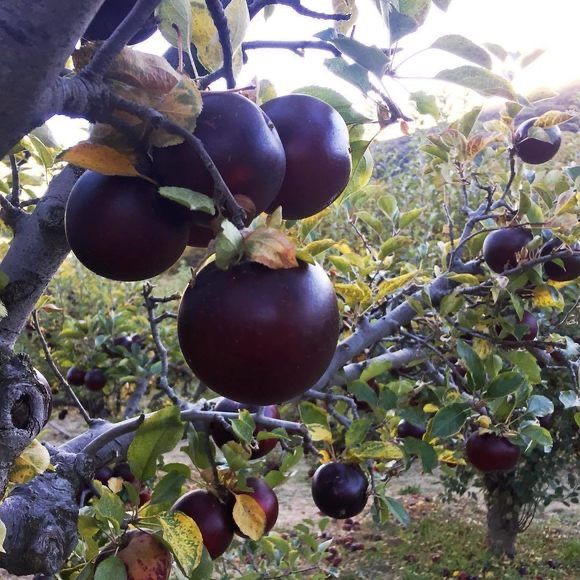 Described as sweeter and crisper than most other varieties of apples, with an incredibly high level of organic sugars they have a nectar-like taste. Their dark, purplish skin is complemented by a startling white inner pulp. Their striking colors are thought to be a product of the harsh weather present in Tibet, where they grow with large amounts of ultraviolet light exposure and intense temperature drops in the evening.

Unfortunately, the rare fruit is not readily available in the US since its climate is what produces the variety. They can only be found in Nyingchi in the remote mountains of Tibet and as a result, are generally only available for purchase in high-end supermarkets in Asia. Furthermore, due to their sensitivity to the weather they can only be grown in a 2-month window each year. All these factors in consideration result in the Black Diamond being one of the more expensive fruits you can buy with a price tag, depending on region and season, of $20 an apple – and that’s if you can find them.