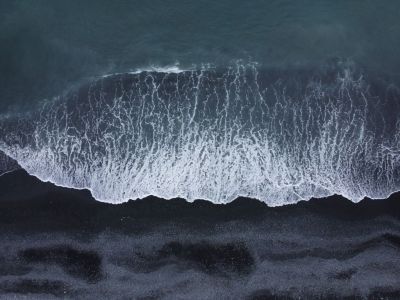 Black Sand Beaches Around the World

The iconic image we tend to draw up of the ocean is sitting on soft golden sand beaches and enjoying the waves. While gold sand or white sand beaches clutter every coastline across the world, there are around only 20 black sand beaches, each unique and picturesque.

In general, sand at the beach is a derivation of its surroundings. Over time, particles in the ocean and the surroundings erode and break down into sand which settles down to form our coastlines. Black sand beaches are usually found in volcanic areas. When lava comes into contact with water, it cools rapidly and shatters. This then further erodes along with other volcanic materials, eventually settling into black sand.

After the Caribbean Islands, Hawaii is known for having the most black sand beaches in the world, the most famous being Punalu’u Beach. In addition to the deep black sands, it is also famous for its population of endangered hawksbill turtles. Waianapanapa Beach is also famous for its ink-colored sands contrasting with the turquoise waters of the Pacific Ocean. Believe it or not, there’s also a black sand beach in Whitethorn, California, stretching 20 miles long. 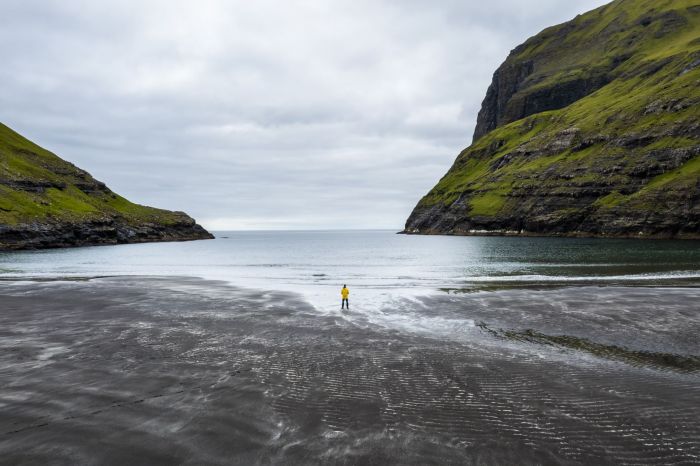 Several other countries around the world also have black sand beaches, including Tahiti, Philippines, Puerto Rico, and Greece, as well as Japan, Italy, Spain, and Costa Rica, to name a few. In Bali, Indonesia, the black sand at Lovina Beach also has a grey hue to it. The blacks and greys swirl together, giving a striking appearance. And if you arrive early enough in the morning, you may even spot some dolphins splashing around.

On the southern coast of Iceland lies a small fishing village by the name of Vik i Myrdal. Nearby is the stunning black beach, Reynisfjara, with panoramic views of the Atlantic Ocean. Some may recognize the basalt rock formations that were used to film Eastwatch-by-the-Sea in “Game of Thrones”. Karekare Beach in Auckland, New Zealand is a must-see black beach for any tourists.