Chrissy Teigen Gets John Legend the Same 2 Gifts Ever Christmas

Most of us expect celebrities to go all out with the most extravagant presents for the holidays, but then again, Chrissy Teigen and John Legend are not most celebrities. Well, there was that one year John Legend gave Chrissy Teigen a giant cheese wheel for Christmas. But most years the power couple keeps it practical. Legend revealed in his Facebook series, Legendary Christmas Tales, on Friday that Chriss Teigen actually gifts him the same presents every year: a work bag and robes. Like we said, practical! 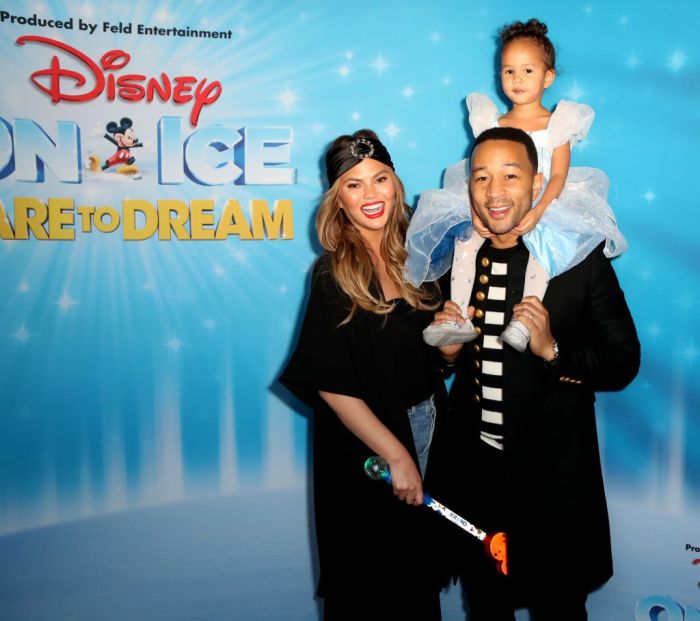 All year long, Legend carries his work bag where he puts just about everything so he’s “reminded of Chrissy’s great taste and generosity throughout the year.” Teigen, as well as know, basically lives in silk robes and makes sure her husband has a collection as glamorous as her own. “We’re a big robe family,” John said. “We like to wear robes throughout the house, all the time…she gets me really good gifts that I can use all the time and feel good, and remember who gave them to me.”

The Facebook series Legendary Christmas Tales is full of hilarious holiday-themed stories. His latest one is like an episode out of a sitcom. Legend told the story of his engagement to Chrissy Teigen and how the magical moment was almost ruined by a trip to the airport. “Did I ever tell you the story about my favorite holiday memory with Chrissy?” he captioned a clip from the video on Instagram. “My favorite holiday memory with Chrissy was actually in 2011, before we got married.” During a holiday vacation in the Maldives, John and Chrissy had to make a stop at an airport in Sri Lanka. At the time, John had Chrissy’s engagement ring in his bag because he was planning to propose to her during the trip. “We went through security in the airport and they started asking me to take everything out of my bag- and they were checking it! And they almost opened the box where the ring was, but for some reason, they didn’t. They didn’t ruin my Christmas surprise for Chrissy. I was able to propose to her, surprise her on the beach in the Maldives with an engagement ring…and we’re living happily ever after.”