Coney Island Is Getting a New Roller Coaster

You don’t have to be a native New Yorker to know about Coney Island. It’s a landmark that has an iconic amusement park with a whole new plan to roll out a new roller coaster later this year. Deno’s Wonder Wheel Amusement Park couldn’t open last year to celebrate its 100th anniversary, but that’s not stopping the park’s owners from building the Phoenix, a suspended, adrenaline-inducing roller coaster — their largest investment to date. “It’s an important time to rebuild,” Deno “DJ” Vourderis, a third-generation member of the family that owns and operates the park, told USA Today. “We’re betting on the future of New York City and Coney Island.” 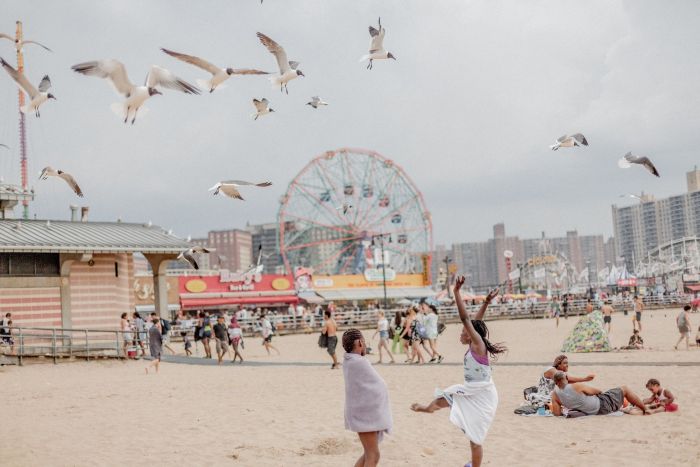 Standing at 68 feet tall with speeds up to 34 miles per hour, the custom-designed roller coaster will have a spot near newer rides like the Thunderbolt, as well as the Cyclone, a classic wooden coaster that has welcomed visitors since 1927. The Phoenix will also be family-friendly and accessible to younger children, or those who prefer to stay away from the bigger coasters. “It’ll be about as upside down as you can go for a family coaster,” Vourderis told USA Today.

The name Phoenix is inspired by the feeling of flying, which park visitors can expect to experience on this ride. The trains will hang below the tracks — almost like a ski lift — leaving passengers’ feet dangling below as they soar through the air. According to USA Today, the name also signifies a rebirth — not only for Deno’s Wonder Wheel Amusement Park, but also for Coney Island (and hopefully everyone). “When this [pandemic] is all over, I think we will have another Roaring ’20s,” Vourderis said. “We will most certainly rise from the ashes and give birth to the best of times at Coney Island.”