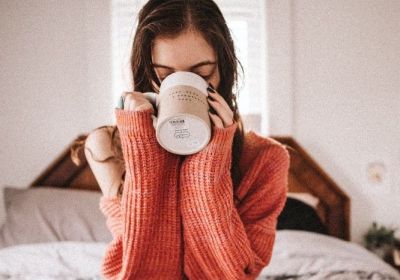 There’s a good chance by now that you know who Charli D’Amelio is. She is TikTok’s most-followed content creator. She’s a New England native and she is also a huge Dunkin’ Donuts fan. Charli D’Amelio’s go-to coffee order will now be a fixture on the menu for a limited time only, starting September 2. “The Charli” is nothing more than the 16-year-old Connecticut native’s regular Dunkin’ order. “The Charli” consists of cold brew, whole milk, and three pumps of caramel swirl. You can order it on the Dunkin’ app through the rest of the month. Dunkin’ is doing the most to celebrate and promote the collaboration, including an original song called “The Charli” for fans to dance to on TikTok. If you are a Dunkin’ and Charli mega-fan, on September 9, you will have a chance to enter to win a virtual hangout with the TikTok star herself! And for the whole month of September, D’Amelio will be taking over all of Dunkin’s social channels.

While the drink became an official menu item on September 2, D’Amelio had tweeted she had a surprise collaboration in the works. Pretty quickly people figured out it was “The Charli.” Some fans, having figured it out early, even went to their local Dunkin’ Donuts weeks before the drink made its official debut, but it didn’t succeed. One user even asked her locak Dunkin’ for “The Charli” as early as August 21. The Dunkin’ worker wasn’t familiar with the drink because the fan asked for its weeks before the official launch. Mega-fans, however, already knew what Charli’s Dunkin’ order consisted of. They’ve been able to order her signature drink for months now. There’s no shortage of TikTok videos featuring Dunkin’ Donuts workers preparing her favorite drink and teaching people how to order one for themselves.

In other fun Dunkin’ Donuts news, the fast-food chain has recently made oat milk available at all of its US locations. At the beginning of 2020, Dunkin Donuts introduced the dairy alternative at only some locations in California. But now they’ve partnerd with Planet Oat, a brand owned by 1846 established HP Hood, LLC. The plant-milk company has become a leader in the plant-based milk market. This is exciting news because it makes Dunkin’ Donuts one of the first national fast-food restaurants to offer oat milk all across the US. Dunkin’ also introduced its new Iced Oat Milk Latte. Plus, you can order pretty much any other specialty beverage with the new dairy alternative.