Elizabeth Holmes, the founder of the medical testing company Theranos, was recently convicted of three counts of wire fraud and one count of conspiracy to commit wire fraud on the 3rd of January. Despite her fall from grace Holmes seems to still have a strong fanbase among some who call themselves “Holmies” and declare the now criminally convicted Holmes as a “Girl Boss”.

“We love her because her story is a villain origin story that we can all relate to,” a spokesperson for an Etsy shop called We Are Elizabeth Holmes said to the online publication Insider.

The Etsy store sells a variety of Holmes-themed products, including T-shirts and mugs, many embossed with Holmes’ most quotable phrases, such as: “First they think you’re crazy, then they fight you, then you change the world.”

“She’s a femme fatale who rose up in an industry of old stuffy men and beat them at their own game,” said the spokesperson.

Previously valued at $9 billion, Theranos promised that it could test for a variety of diseases and conditions using just one drop of blood. Holmes advertised the company’s devices to investors despite knowing that the devices did not function as promised, according to prosecutors. 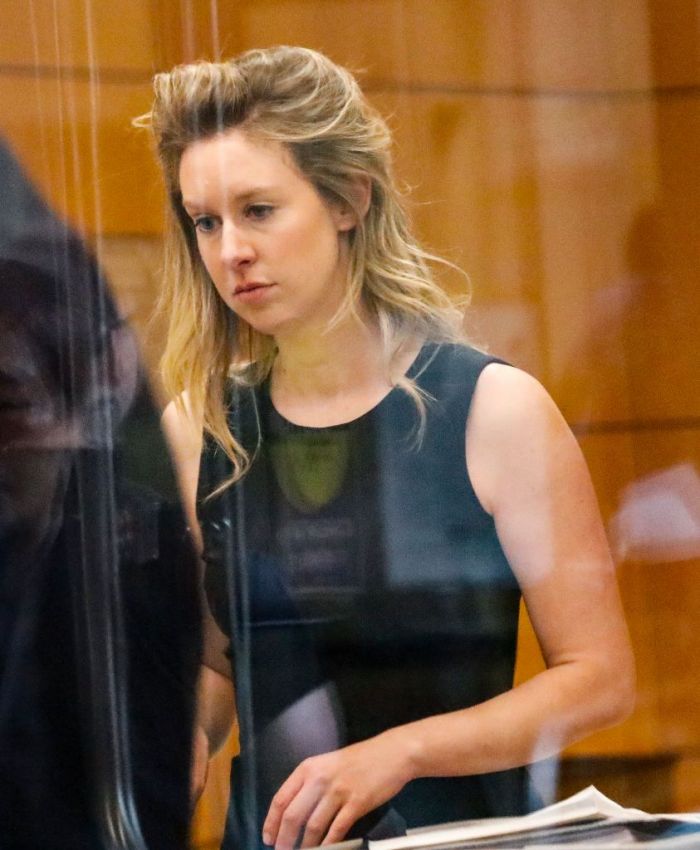 On September 9, at the start of Holmes’ trial, three women were seen dressed in Holmes’ uniform of a black turtleneck and blonde bun waiting outside the court. Dorothy Atkins, a senior reporter at Law 360, tweeted that the women spoke to her and said they were “fans.”

But many of these fans seem to support her somewhat ironically. But there are still some fans who seem to have genuine admiration for Holmes. TikTok creator, Serena Shahidi, who has 424,000 followers and posts about Holmes, spoke to Insider in September and suggested that her story can be seen as a feminist issue.

“There is something kind of progressive about the idea that a woman in the news isn’t playing by anyone’s rules,” she said.