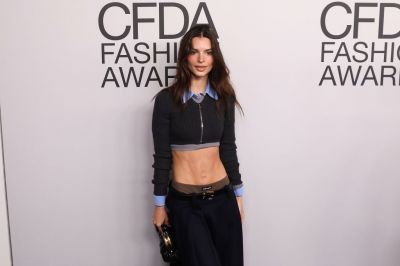 Supermodel Emily Ratajkowski revealed that she nearly didn’t share her photos from the CFDA awards on Instagram as she thought her photos would “stir up controversy”.

The new mom posted images of herself on the social media platform from her appearance on the red carpet of the fashion award show wearing a revealing Miu Miu cropped sweatshirt and low-rise skirt.  Ratajkowski initially included a caption with the post, stating that she thought twice about posting the pictures from the event due to the unwanted attention they may attract. However, the caption ended with a note stating that she was going to share the images despite this concern. She wrote: “but hey it’s my body and I’m not going to lean into the shaming, God bless!” 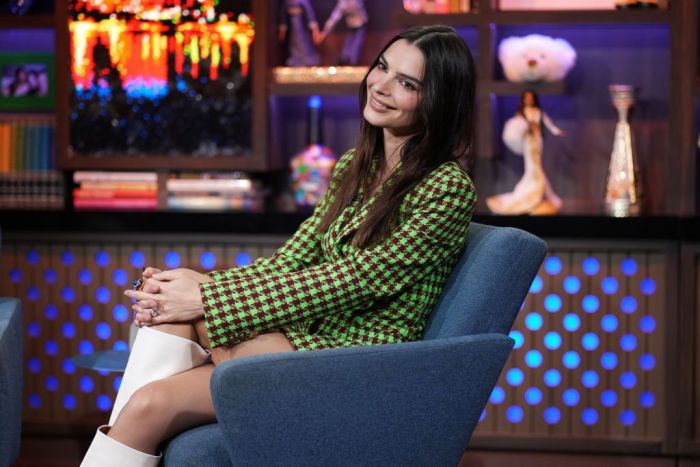 Ratajkowski later edited the post and removed her original caption that voiced her concern. Instead, she simply thanked Miu Miu for the outfit and congratulated Elle’s editor, Nina Garcia, to whom she presented an award.

Besides stirring up controversy with her red carpet looks, Ratjakowski has other reasons to celebrate. The model and mom recently became a New York Times bestselling author after the success of her first and newly released book, “My Body”. The book is a compendium of personal essays written by Ratajkowski which delve into her life experiences and the conversations that she has shared with her female friends about their shared experiences.

Ratajkowski sat down with Interview Magazine’s Amia Srinivasan to discuss her new book and said she “definitely didn’t feel in control very often” with regard to her time as a model and actress in her early twenties. She went on to say that “Instagram was one of the places where I first experienced feeling some kind of control, I was the one who was able to choose the images and put them out.”