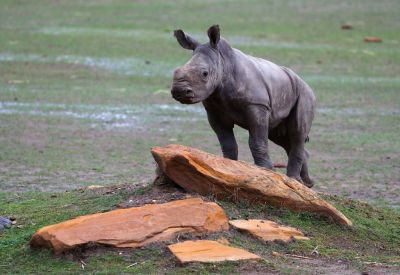 Walt Disney World has welcomed a new addition to its theme park family: a baby white rhinoceros! The birth marks the eleventh white rhino calf to be born at the Walt Disney World resort. Early on Sunday morning, rhinoceros mom Kendi gave birth to a yet-to-be-named male white rhino at Disney’s Animal Kingdom theme park. According to a news release from Disney, the animal was born after a 16-month pregnancy and weighs approximately 150 pounds. Within an hour of its birth, the rhino calf was already standing and walking around, as well as nursing. Kendi was paired with the male rhino, Dugan, to reproduce as part of the Species Survival Plan that is overseen by the Association of Zoos and Aquariums, the release added. The mother and calf will now spend the next several weeks bonding before they join the rest of their herd, where guests aboard the theme park’s Kilimanjaro Safaris attraction will have the opportunity to see them in their habitat.

White rhinos are the second-largest land mammal and are near extinction due to years of poaching for rhino horn, according to WWF. The organization adds that a majority of the southern white rhinos are found in just four countries: South Africa, Namibia, Zimbabwe, and Kenya. The animal care team at the Walt Disney Resort said they are also currently looking after two other pregnant rhinos who are expected to give birth in 2021! Lots of exciting things going on! White rhino Jao is due in fall 2021, while other white rhino Lola will likely give birth during fall or winter 2021, per Disney Parks Blog. This is the first time the Animal Kingdom has had so many rhinos pregnant at once, Good Morning America reported. 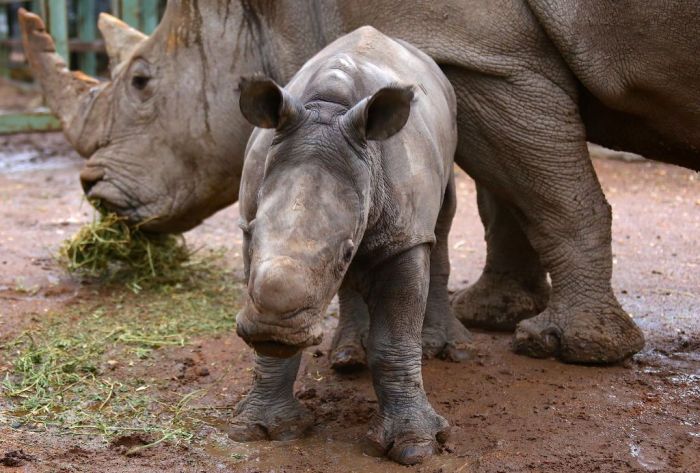 “I love these rhinos,” Dr. Natalie Mylniczenko, a veterinarian at Walt Disney World Resort, told GMA. “It’s been so much fun to be able to track these pregnancies, and now we’re going to have a birth in just a few weeks. I can’t wait to see the baby.”