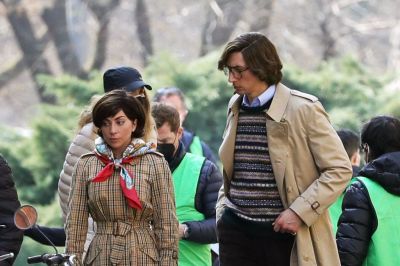 Everything We Know About "House of Gucci"

House of Gucci is one of the most highly anticipated movies of the year. We’re sure that by now you have seen the photo Lady Gaga posted on herself standing in the snow with Adam Driver on the set of their upcoming film. For those not familiar with House of Gucci, the duo will be playing married couple Patrizia Reggiani and Maurizio Gucci in a new crime biopic about, you guessed it, the iconic fashion designer. Here’s everything we know about the upcoming film.

Who’s in the cast? Well, we already know that Gaga and Driver are starring in the movie. But the cast includes lots of other big names as well, including Jared Leto, Al Pacino, and Jeremy Irons. Prominent director Ridley Scott is at the helm of the film, which has been in the works for more than a decade. In fact, Gaga and Driver weren’t always set to be the leads. Angelina Jolie and Leonardo DiCaprio were rumored to star at one point. Later, Penélope Cruz signed on to play Patrizia, and then Margot Robbie was attached. 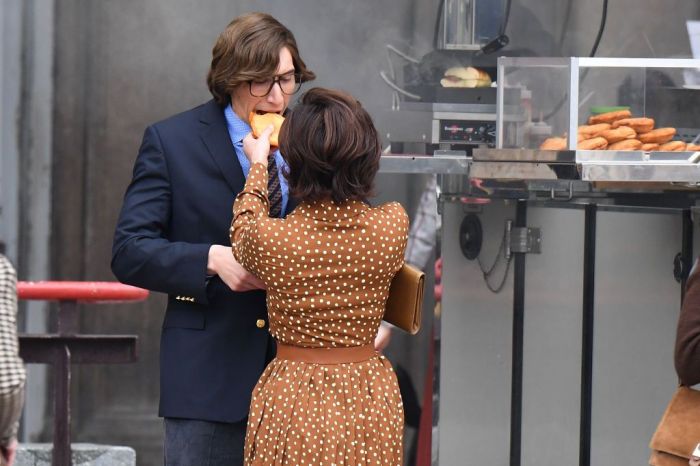 What’s the movie about? The movie focuses on Patrizia Reggiani (Gaga) and Maurizio Gucci (Driver) during the downfall of the Gucci family dynasty. It’s based on the book The House of Gucci: A Sensational Story of Murder, Madness, Glamour, and Greed by Sara Gay Forden. Gaga’s character, Patrizia, was tried and convicted of ordering the assassination of her ex-husband and former head of the fashion house. After Patrizia was released in 2016, a reporter asked her why she didn’t shoot Maurizio herself. She reportedly replied, “My eyesight is not so good. I didn’t want to miss.” Wowzers.

Where is it filming? The movie is shooting in Italy, of course. Filming began in Rome and later moved to the town of Gressoney, in the Italian Alps. Gaga and Driver were also seen filming in Milan, which you can see in the photo above.

When does it come out? House of Gucci is expected to hit theaters on November 24, 2021, which is the fashion house’s 100th anniversary.