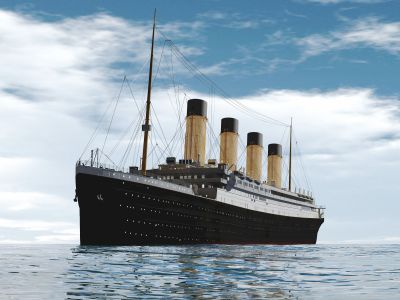 Everything You Need To Know About The Titanic

The sinking of the RMS Titanic on April 15th, 1912, inspired the 1997 classic, titanic. The luxury steamship sank after hitting an enormous iceberg, causing the death of over 1500 members of the crew and passengers on board.

Here’s a little about the RMS Titanic. It was a product of rivalry between two rival shipping lines(White Star Line and Cunard), aiming to show their steamship supremacy. From March 1909, building activities on the titanic continued nonstop for two years. Then, on May 11th, 1911, the titanic made its way into the River Lagan and into mammoth docks, where construction activities continued in the interiors and engines. At the time, the ship achieved a record as the world’s most famous movable manufactured object.

Although the titanic had a state-of-the-art design, it had two fatal flaws contributing to its sinking tragedy. Firstly, the watertight compartment design walls had insufficient space separating them from the waterline. This flaw made water flow easily between compartments. The second was the inadequacy of lifeboats; the titanic carried sixteen lifeboats and eight Engelhardt collapsible, which could only accommodate 1.178 people. Meanwhile, the total aboard the titanic was over 3,300. Some notable members aboard the titanic included the White Star Line’s managing director, J. Bruce Ismay, Thomas Andrews, the ship’s builder from Harland, and Wolff, John Jacob Astor IV, heir to the Astor family fortune, etc.

Before the titanic departure from Southhampton on April 10th, some activities deemed ‘bad omens’ occurred. One was a fire on one of the bunkers. The steam workers hosed this fire, but some titanic experts theorize that the fire spiraled out of control, leading to the ship’s high speed, at which it could not avoid the collision with the iceberg.

The second was its near-collision with America Line’s S.S. New York.

Four days after the ship’s voyage, the ship encountered a massive iceberg, and although steering the ship avoided a direct collision, the iceberg had a jagged spur that tore a 300-foot gash under the ship’s waterline. This event had a butterfly effect, and on April 12th, 1912, the last of the titanic sunk beneath the ocean’s surface.