Meghan Elizabeth Trainor, born on December 22, 1993, is an American singer, songwriter, and TV personality. She rose to fame in 2014 after signing with Epic Records and releasing her debut single ‘All About the Bass,’ which reached No.1 on the US Billboard Hot 100 chart. She has released five studio albums with the label and has won multiple awards, including Grammy Awards for Best New Artist in 2016. Meghan’s parents were both musicians; her father used to be a member of the band the Shirelles, and her mother is a music teacher, Meghan started singing and writing songs when she was just a little kid, and she would perform for her family and friends. She independently released three albums of the materials she wrote, recorded, and produced between the ages of 15 and 17.

Do you know those songs that you cannot get out of your head? The ones that you sing along to, even when you are driving? Yeah, Megan Trainor has written a lot of those. Her tunes are catchy and have quickly become some of the most popular songs of the past few years. She’s got a knack for writing hooks that get stuck in your head for days on end, and her lyrics are just as catchy as her music. They are relatable, upbeat, and inspiring, perfect for getting you through a tough day. Some of her famous songs are Dear Future Husband, All About the Bass, Title, Me Too, etc. 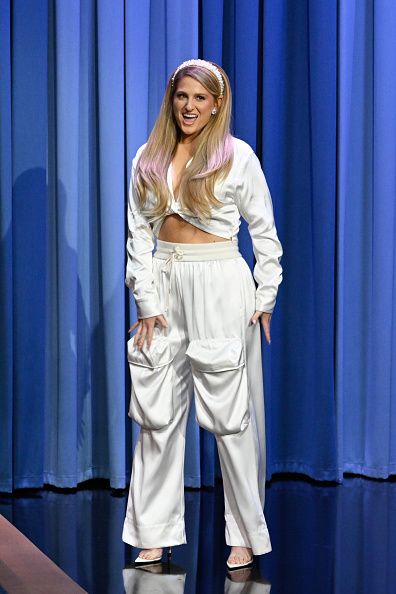 Meghan Trainor met actor Daryl at a house party in Los Angeles in 2014 and began a relationship with him in July 2016. On December 22, 2017, the couple got engaged and married a year later. Meghan Trainor revealed her and her husband’s first child’s impending arrival on The Today Show, and she gave birth to her boy in February 2021. Megan has never been shy about discussing her self-esteem and body image issues. She wrote a song called “Dear Future Husband” about it. But she doesn’t just talk the talk and walks the walk. Megan is a proud advocate for positive body image and self-love.