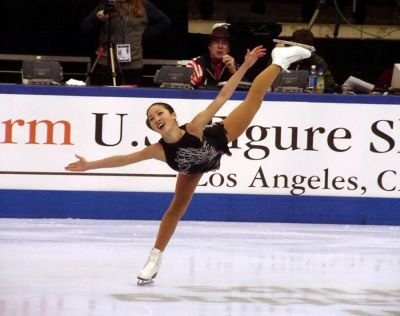 Olympic figure skater Michelle Kwan is one of the most decorated athletes in the sport. The American figure skater combines artistry, elegance, and athleticism that is just unparalleled. She has won more than 40 championships, including a record-tying nine U.S. titles (1996, 1998-2005). Basically, she is epic. Kwan is the daughter of Hong Kong immigrants and grew up watching her older brother play ice hockey. Kwan began skating at just five years old, practicing three to four hours a day. She would wake up at 4:30 am to get to the rink at 5:00 am before school. Paying for the skating-rink time led to financial hardships for Kwan’s family. When she was ten years old, her family couldn’t afford a coach but were offered financial assistance by a fellow member of the Los Angeles Figure Skating Club.

Kwan began competing at an early age. At 12 years old, Kwan passed the gold test to become a senior-level figure skater. At 13 years old, she finished eighth in the 1994 World Championships earning her a spot as an alternate for the 1994 Olympic Games, though she did compete. In 1994, Kwan came in second place losing to Tonya Harding at the U.S. Championships. At the 1995 U.S. Championships, Kwan again placed second after struggling with her lutz jump. It was in 1996 when Kwan began to improve overall as a figure skater. Many people consider her performances of her “Rachmaninoff” short program and free skate set to William Alwyn’s “Lyra Angelica” at the 1998 U.S. Championships to be the high point of her career from both a technical and artistic standpoint. The performances earned her fifteen perfect 6.0s and left two judges in tears. 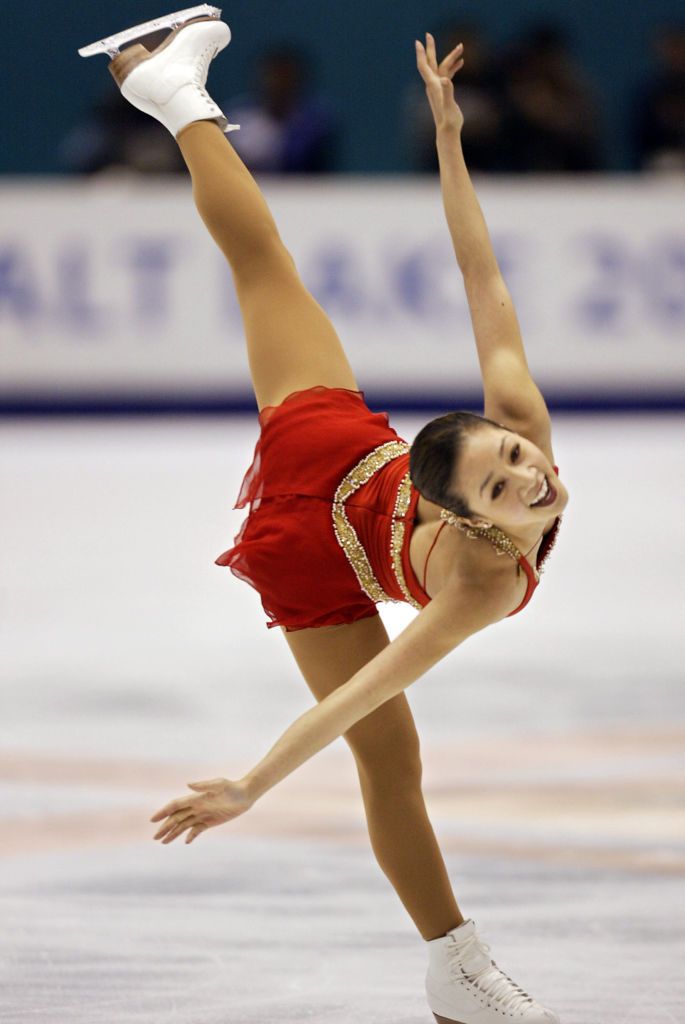 Kwan began working with the famed designer and form figure skater Vera Wang to design her costumes. Wang only designed for Kwan and one other, Nancy Kerrigan. Just two days before the start of the 2001 Skate America competition, Kwan and coach Carroll decided to go their separate ways. In interviews, Kwan said she needed to “take responsibility” for her skating. Without a coach, Kwan arrived at the 2002 U.S. Championships in Los Angeles and won securing a place on the 2002 Olympic team. Kwan won all phases of every competition she entered in the 2002–2003 competitive season with her programs: Peter Gabriel’s “The Feeling Begins” from The Last Temptation of Christ (short program) and “Concierto de Aranjuez” (free skate). She won the U.S. Championships again and regained her World title.

Kwan has had an exciting, successful career. She has received numerous awards and accolades over the years.  In 1999, Kwan was given the Historymakers Award by the Los Angeles Chinese American Museum. In 2003, she was named the United States Olympic Committee (USOC) “Sportswoman of the Year”, and is the 5th figure skater in history to receive this honor. She has also been named USOC “Athlete of the Month” fourteen times, which is more than any other athlete, male or female, as well as being named “Female Figure Skating Athlete of the Year” by the USOC multiple times. She is also the recipient of the USOC’s “Citizenship Through Sports Alliance Award.” Kwan is one of only two multiple winners of the “Readers’ Choice Figure Skater of the Year” award given by Skating magazine, winning it an unprecedented seven times (1994, 1996, 1998, 1999, 2001–2003). In 2003, the United States Figure Skating Association, which publishes Skating, announced that the award would be renamed the “Michelle Kwan Trophy.”