Finnair Is Selling Its In-Flight Meals In Grocery Stores

Airplane food is a pretty controversial topic. Some people absolutely love airplane food while others pack their own snacks for the ride. Well, it looks like the people have spoken and they’re getting what they asked for! Finland’s national airline, Finnair, has announced that it will be selling ready meal versions of its business class in-flight menu in grocery stores. Oh yeah! The new initiative, “Taste of Finnair,” was created in the hopes of bringing “a Finnair experience and everyday luxury at home, now that travel has been restricted in many ways,” said Marika Nieminen, Vice President of Finnair Kitchen. Nieminen said it has also been a great opportunity to create new work prospects for staff members who were originally laid off due to low travel numbers and the national lockdown in March. “At the same time, this is a new business opening for us and employs our chefs in Vantaa. This project has been especially great, as so many of Kitchen’s employees are temporarily laid off, we can create new work and employment for our people,” Nieminen explained.

The menu is inspired by Nordic and Japanese flavors, including a variety of meals such as Finnish reindeer meatballs, beef in teriyaki-radish sauce, and arctic char, as well as sides like roasted carrots with blue cheese. Meals have also been modified to contain less salt and spices than regular in-flight food. That’s because people’s sense of taste is dulled down while flying due to the high altitude. The meals are currently available at K-Citymarket in the Vantaa Tammisto region of Finland and cost around €10 ($11.70). Finnair has also decided to change the menu every two weeks, giving customers a choice between two meals and an extra appetizer between Fridays and Sundays. 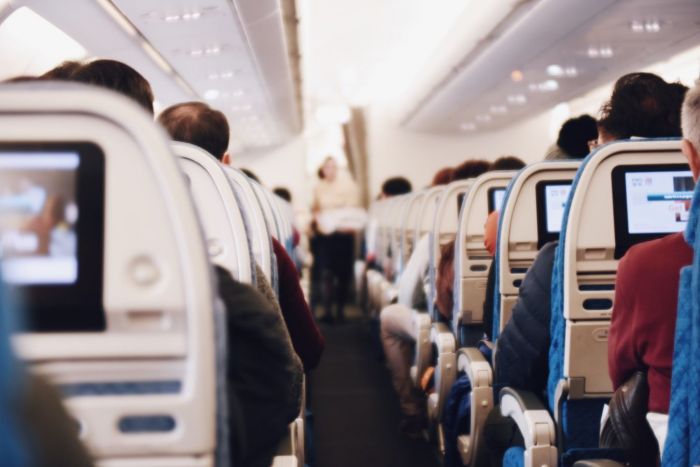 So many of us miss traveling so much that we’d do anything to get a taste of that experience again. Luckily, there is a growing list of airlines that are making their meals available! Business Insider’s Mia Jankowicz reported that airlines including Thai Airways, Indonesia’s Garuda, and Cathay Pacific had all confirmed that they were selling their in-flight meals to the general public. In December 2019, AirAsia opened Santan and T&CO Cafe, a restaurant that exclusively sells its airplane food. Located in Kuala Lumpur, Malaysia, the restaurant now has 15 branches and AirAsia said in a press release that it’s been “thriving” during the pandemic.