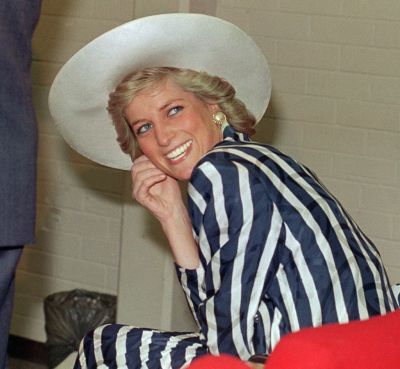 First look at Kristen Stewart as Princess Diana in 'Spencer'

Now that you mention it, Kristen Stewart certainly does resemble Princess Diana. A photo from the upcoming film “Spencer” in which Stewart plays the late royal has been released. The film, written by “Peaky Blinders” creator Steven Knight, revolves around a weekend in the life of Princess Diana in which she spends a holiday with the British Royal Family and decides to end her tumultuous marriage to Prince Charles.

“December, 1991: The Prince and Princess of Wales’ marriage has long since grown cold,” a press release reads. “Though rumours of affairs and a divorce abound, peace is ordained for the Christmas festivities at Sandringham Estate. There’s eating and drinking, shooting and hunting. Diana knows the game. This year, things will be a whole lot different.”

The first official photo of Stewart as Princess Diana came out on January 27. Stewart gave a statement then on playing the late royal, saying, “Spencer is a dive inside an emotional imagining of who Diana was at a pivotal turning point in her life. It is a physical assertion of the sum of her parts, which starts with her given name; Spencer. It is a harrowing effort for her to return to herself, as Diana strives to hold onto what the name Spencer means to her.”

Other cast members include Timothy Spall, Sally Hawkins and Sean Harris. Pablo Larraín directs. Principal photography has begun and filming will take place in Germany and the UK. The film is expected to debut in the fall. Stewart spoke to InStyle in October 2020 about preparing to play the princess ahead of film production. “We don’t start shooting until mid-January,” she said. “The accent is intimidating as all hell because people know that voice, and it’s so, so distinct and particular. I’m working on it now and already have my dialect coach. In terms of research, I’ve gotten through two and a half biographies, and I’m finishing all the material before I actually go make the movie. It’s one of the saddest stories to exist ever, and I don’t want to just play Diana—I want to know her implicitly. I haven’t been this excited about playing a part, by the way, in so long.”