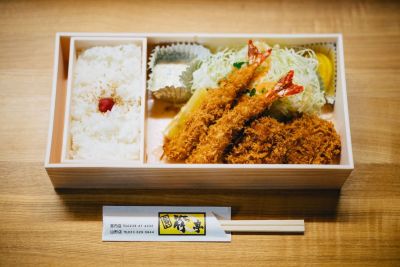 We’re reasonably confident that everyone can agree that food makes us happy. Every foodie enjoys trying out new flavors while traveling, and of course, one thing we must do when visiting different nations is sample the local cuisine. So what better setting to sample a variety of regional foods than at a food festival? Many of these festivals can be found around Japan, constantly dishing up the best cuisine and showcasing a wide range of culinary delights.

Are you aware that Japan’s oyster season runs from January through March? The Miyajima Oyster Festival will begin on the first week of February. Only the freshest oysters, prepared in various ways, are served. This festival has to be on your radar if you like oysters! Every native delicacy from Japan is found at the Furusato Food Festival! Guess where the festival takes place during the second week of January? The Tokyo Dome, I’m sure you can already visualize how large the scale is. We can help if you’re unsure what local cuisine to seek at this festival.

Sake is well-known in Japan! And if you’re a fan of this particular beverage, this festival will justify you to down a few glasses. Remember to drink responsibly, though! The best sake in the nation will be served to you during this event, typically held in April at Kyoto International Conference Center. You can also locate food vendors, so you won’t have to worry about drinking before eating.

This festival is the greatest for you if you enjoy ramen! In December, the Expo Commemoration Park hosts a 2-day ramen festival where you may sample ramen from all across Japan. In case you didn’t know, there are numerous ways to make ramen in Japan based on what region of the country it comes from, and you can try EVERY single one of them at this festival!