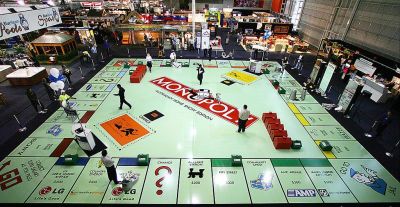 Are you a tophat, racecar, or battleship? Everyone has their favorite piece in one of the most beloved family board games worldwide; Monopoly. Rich Uncle Pennybags aka the Monopoly Man or Mr. Monopoly, is a familiar face that we all grew up with. Oh, the many hours we spent purchasing property, charging rent, and waiting for that ‘get out of jail free card.

The average game lasts around 60-90 minutes, but the longest ever recorded game lasted 70 days. That’s more than 2 months! When the game first came out, it originally cost $2. It now sells for around $18 for the basic edition, but the record for the most expensive game of Monopoly is worth roughly $2 million. It is made out of 23-karat gold and embellished with rubies, sapphires, and full-cut diamonds. There are also other, more affordable editions. 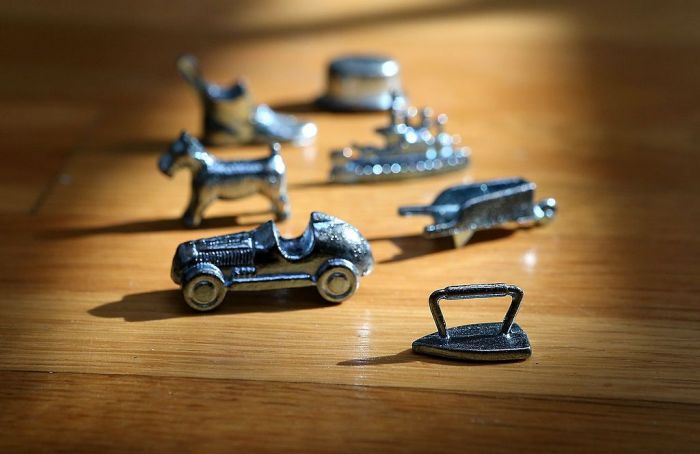 With over 300 different versions (not to mention regional variations for different countries and currencies), here are just a few of the unique editions out there. For starters there’s a special National Parks edition, visiting stunning beauties like Yosemite National Park and the Grand Canyon. There’s also a Nintendo version, where you can play with Mario, Luigi, and other favorites. And in 1999, (long before the movie franchise started), a Marvel Comics Collector’s Edition was released.

As for movie fans, there’s an edition to please almost everyone. From the Looney Tunes, Ghostbusters, and Disney Theme Park, to Star Trek, The Godfather, and Jurassic World. Not to mention Pirates of the Caribbean, Star Wars, and Lord of the Rings editions. TV show fans, we’ve got you covered too; there’s Game of Thrones, Pokemon, and Spongebob editions. Simpsons fans can also play as their favorite family member, and buy favorite landmarks like Moe’s, the Kwik-E-Mart, and the Springfield Nuclear Power Plant.

In addition to the classic Monopoly board, since 2005, revised versions of the game have been produced; introducing us to Monopoly Here and Now: replacing properties, tokens, and game scenarios with newer equivalents. Other spin-offs include Monopoly Empire and Monopoly Junior – a simplified version for young children, as well as Don’t Go to Jail and Monopoly Deal – a card game version with property, cash, and event cards. And don’t forget, you can also make your own custom monopoly board, so the options are virtually endless.