Gluten-Free Frozen Pizzas Made with a Chickpea Crust

Cauliflower has been having its moment in the spotlight. It seems like every frozen section in the food store has so many cauliflower things. From cauliflower rice to cauliflower pizza, it’s had a moment. But now there’s a new player on the shelves and it’s not messing around. Banza, the food brand behind chickpea pasta, chickpea rice, and chickpea mac and cheese, has now expanded into the world of pizza. The company announced four new products made with a chickpea-based pizza crust. Praise! The gluten-free pizza pies are available at Whole Foods, Target, Wegmans, Heinen’s, and on Amazon for under $10! They come as two plain crusts per package, or in three different pre-topped options: Four Cheese, Roasted Veggie, and Margherita.

People magazine was lucky enough to taste the pizzas and they said the Roasted Veggie was their favorite of all the pies. But each one “delivered a solid weeknight meal.” Go crazy and top the chickpea crust with sauce, handfuls of chopped vegetables, and melted cheese, and even the center of the pizza will keep its crunchy texture, unlike most cauliflower crust pizzas. Like all Banza products, it’s healthier than the traditional option, so you can feel good! Each pie packs more protein and fiber and fewer net carbs and sodium than your average frozen pizza. 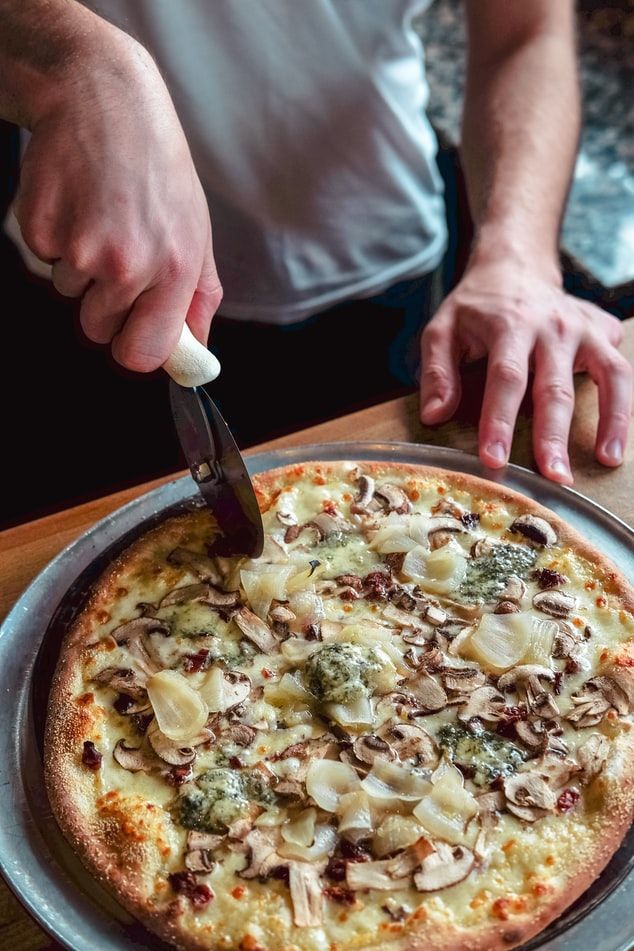 During a virtual press event, co-founder Brian Rudolph emphasized that they aren’t trying to replace the fresh-from-the-restaurant pizza most families reserve for Friday nights, but rather offer a compliment that’s quick (they bake in about 15 minutes) and healthy, for any day of the week.

“Chickpeas are one of the most nutrient-dense and environmentally-friendly foods available, yet we consume far less of them than we should,” Brian Rudolph, Banza CEO and co-founder, said in a statement. “At Banza, we’re demonstrating the versatility of the ingredient and increasing consumption by using them to upgrade some of America’s favorite foods—pasta, rice and now, pizza.”