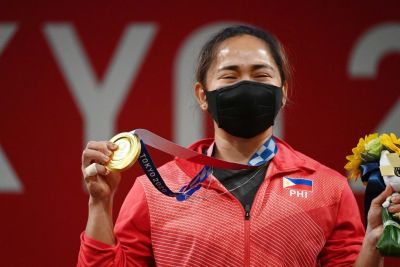 Olympic weightlifter Hidilyn Diaz became the first Filippino athlete to ever win a gold medal at the Olympics. The incredible feat was accomplished in the Women’s 55kg Weightlifting. The 55kg refers to the athlete’s weight class and not to the actual amount of weight lifted which was a staggering 127kg or 280lbs, beating the previously held Olympic record for the weight class of 124kg. This is the first-ever gold medal win for the country in any sport. 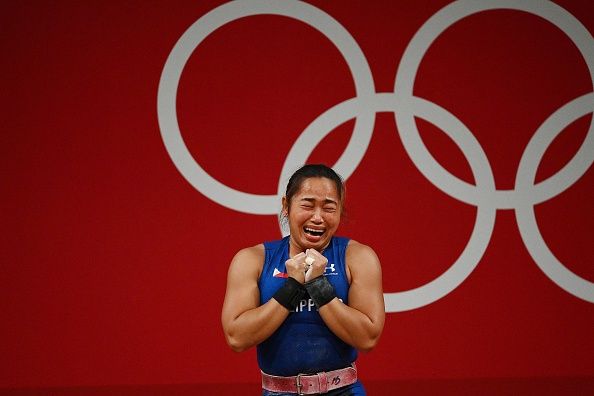 As soon as Diaz had finished her lift and dropped the massive barbell to the floor she knew that she was now a world record holder as well as a history-making figure in Filippinos’ sports history. She now would be forever remembered as the first Filippino to win gold at the Olympics and as a result, let loose a flood of well-deserved tears of joy.

Diaz has become a figure of immense national pride even before this event, also being responsible for ending the country’s 20-year Olympic medal drought 4 years earlier in the Rio Olympics where she won silver. Furthermore, the athlete had spent much of 2019 raising money for struggling families across the Philippines and Malaysia. Continuing on her long list of achievements, Diaz also flew in her country’s airforce and was considered a top cadet.

On celebrating her win she said that she wanted to celebrate with food and family. According to Yahoo!, she had this to say on her victory celebrations “I mean, I’ve been sacrificing my food, and this is the time to celebrate together with the people who are behind me. So I’m really thankful I can eat now, yes”. Reportedly she plans on having cheesecake and bubble tea as her victor’s dinner. We wish her a full belly and a well-deserved rest.