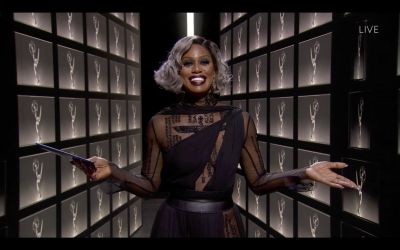 Highlights From the Emmy Awards 2020

The 2020 Emmy Awards show was the latest ceremony to go virtual amid the ongoing lockdown restriction due to the coronavirus pandemic. The ceremony was actually a lot more successful than many expected. “The Emmys themselves are not eligible to actually win an Emmy, but the Herculean task of pulling this off the way they have would deserve one,” said Deadline’s Pete Hammond. For one, viewers were treated to a mini Friends reunion! For best actress nominee Jennifer Aniston, the Emmys provided the perfect opportunity to invite some Friends round. While Aniston chatted with Kimmel during one segment half-way through the show, a familiar figure wandered into shot. “Oh! Courtney’s there?” asked Kimmel after spotting Courtney Cox, who played Rachel’s roommate Monica for a decade on the comedy series. “Of course I’m here, we live together!” replied Cox. “Yeah, we’ve been roommates since 1994 Jimmy, hello?” added Aniston, referring to the year Friends launched. And then, as if it couldn’t get any better, Phoebe made an appearance to complete the triptych, and the internet promptly went into meltdown. “Lisa Kudrow, you live there too?!” asked Kimmel in a state of disbelief. “Uhh… yeah? Where else would I live?” the star replied. 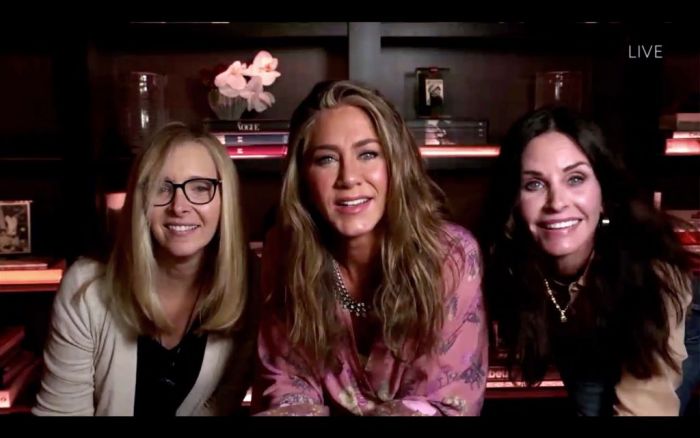 Jimmy Kimmel struck the perfect tone. Overall, Kimmel did a great job of keeping everyone entertained while still acknowledging the bizarre nature of this year’s ceremony. The empty chairs in the Staples Center in Los Angeles were filled with cardboard cut-outs of celebrities, to make up for the lack of an audience. Footage of previous Emmy audiences laughing and cheering was cut between Kimmel’s jokes in an attempt to give the show some atmosphere, which worked surprisingly well. Zendaya made history with a surprise win for best drama actress, becoming the youngest ever winner in that category. The 24-year-old, a former Disney Channel star, triumphed for her portrayal of drug addict Rue in HBO’s dark high school drama Euphoria, which didn’t have many other nominations. “I know this feels like a weird time to be celebrating, but I just want to say there is hope in the young people out there,” Zendaya said. “I know our TV show doesn’t always feel like a great example of that, but there is hope in the young people, and I just want to say to all my peers out there doing the work in the streets, I see you, I admire you, I thank you.”