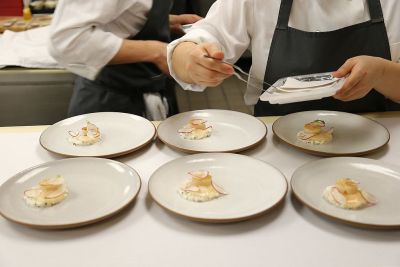 Iconic Eleven Madison Park Will Reopen As a Vegan Restaurant

Eleven Madison Park is regarded as one of the best restaurants in the world, including taking the top spot on the World’s 50 Best Restaurants list in 2017. And now, chef and owner Daniel Humm wants to join an even rarer club: becoming one of only two three-Michelin-starred restaurants in the world to not serve meat or seafood. Today, Humm announced that Eleven Madison Park is going vegan.

As with much of the restaurant industry, the pandemic signaled to Humm a need to rethink everything. He told the Wall Street Journal that, at one point, “I found myself with a kitchen that’s now empty.” Like other top chefs, Humm turned to helping those in need—both struggling New Yorkers going hungry and farmers watching their products go to waste.

For a while, Eleven Madison Park became a soup kitchen, and as the prospect of reopening to the public loomed, the experience Humm had helping others stuck with him. As one of EMP’s new commitments, the cost of meals for those in need will be included in the price of the tasting menu. “We have to change the model of what our restaurant is; our whole business model has to change,” Humm was quoted as saying. 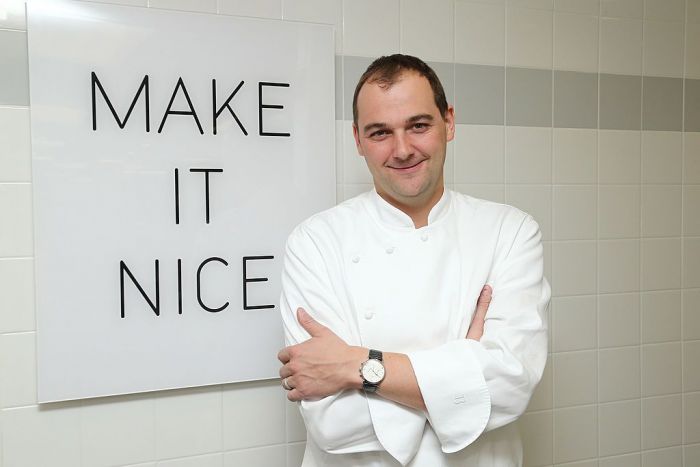 But he had another ethical concern in mind, too. “Our practices of animal production, what we’re doing to the oceans, the amount we consume: It is not sustainable,” Humm told the WSJ. “If Eleven Madison Park is truly at the forefront of dining and culinary innovation, to me it’s crystal clear that this is the only place to go next.” Humm isn’t alone: Last week, the food website Epicurious announced they would stop publishing recipes with beef. Indeed, the whole industry appears to slowly be shifting. So when Eleven Madison Park officially reopens on June 10, the tasting menu—all $335 per person of it—will be vegan, reportedly making EMP just the second three-Michelin-starred restaurant to not serve meat or seafood after King’s Joy in Beijing. The only exceptions to EMP’s 100-percent plant-based rule will be milk and honey for coffee and tea (though he also says that meat can be served as a part of EMP’s private dining service).

“Guests have never come to us to just eat a piece of steak or a lobster, they’ve always come to us to be on a journey,” Humm told NPR. “Of course it’s about deliciousness in the end. We want to create a restaurant that meat eaters will be blown away by eating vegetables.” The Wall Street Journal writes that the new menu will include items like a beet dish that takes 16 hours to prepare, a rice porridge with celtuce, and “amaranth seed and sweet peas served with a creamy fermented almond cream and pea-miso purée.”

“This could change the world,” Humm told the paper. In the long term, maybe; but in the short term, it has already undeniably changed the conversation around fine dining.