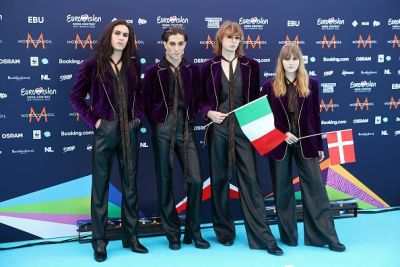 The Italian contenders Maneskin nabbed the top prize at Eurovision 2021 with their stinging glam rock stunner “Zitti e Buoni” (Out of My Head). With a memorable performance, the group managed to dominate the competition with a stellar score of 524 points.  The 65th iteration of the contest proved to be a competitive battle of the bands as well as a triumph of production from the Dutch hosts in Rotterdam. Ultimately Italy took home the trophy for the third time in the contest’s history despite the good efforts of their competition. 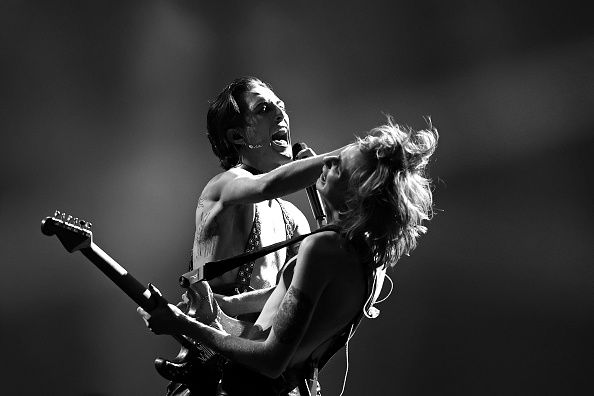 The champions of the evening hail from Rome, rising to prominence following their appearance in Italian X-Factor 2017. Members of the group include lead vocalist Damiano David, bassist Victoria De Angelis, guitarist Thomas Raggi, and drummer Ethan Torchi. Reminiscent of bands such as  Guns n Roses, Poison or Blondie the band used their undeniable charm, energy, and good looks to beat out runner-up France and cinch the coveted first-place prize.

Unfortunately, not everyone went home a winner with the UK’s entrant James Newman scoring the ever-feared 0 points. At the very least Newman can be comforted that Germany and Spain were there to provide company, with only 3 and 6 points respectively. The showing is all the more disappointing as the new voting system introduced in 2016 was supposed to prevent “null” scores. This is the first time since the new system has been in use that a contestant has scored no points at all.

Maneskin was clearly the undisputed champion of the night cheered on by 3500 fans and spectators in the Rotterdam stadium.  Of their victory, Maneskin said that they were happy to bring the trophy back to Italy after 31 years “especially after this hard year”. This year’s Eurovision and the victors of the night proved that there is still glamour and excitement in Europe’s premier musical competition.