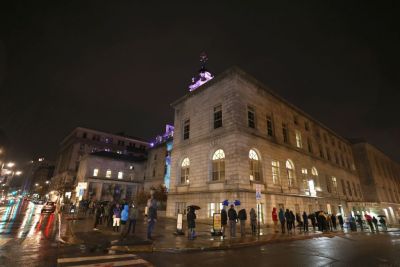 Local artists in Maine are being commissioned to transform the city of Portland through a project being titled the “Creative Bus Shelter Initiative”. The effort is a collaboration with Creative Portland, the Greater Portland Metro, and the Greater Portland Council of Governments following a grant of $25,000 from the National Endowment of Arts. So far the initiative has commissioned three shelters with a fourth on the way and more to come citywide. Each selected has chosen a theme that they wanted to bring to life and that they feel represents Greater Portland and the values they would like to see manifested in the city’s infrastructure. 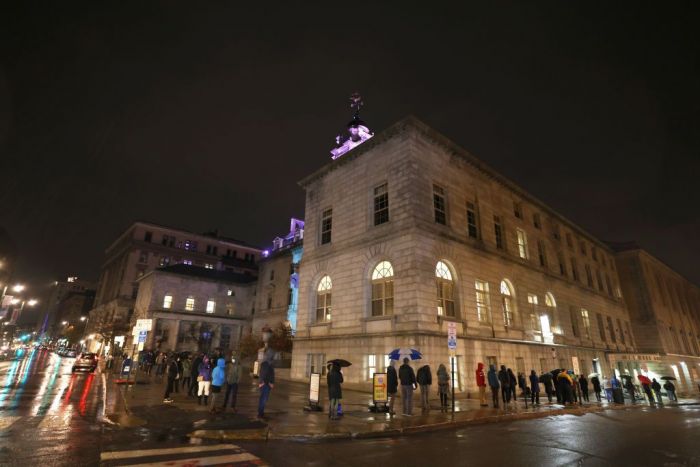 The first of the three commissions is a piece that was created by artist Orson Horchler, who also goes by Pigeon, and is situated on St. John Street. The piece is made up of portraits of different local Portland residents whom Orson has sketched throughout the city. Each portrait has been inscribed with the word “Mainer” below, with a drawn pigeon asking the question “what’s a real Mainer?” The piece was inspired as a protest against the turning away of asylum seekers from the city and is meant to challenge the stereotype of what a “real” mainer is.

The second piece was created by Ghana-born and Portland resident Ebenezer Akakpo and is placed on Congress Street. By trade, Ebenezer is a jewelry maker and industrial designer and his skill with design is evident in his bus shelter creation which is an adornment of Ghanaian symbols meaning hope and friendship. The third installation was created by Portland photographer Justin Levesque which is a collage of glacial images. The is intended to start a conversation about climate change and bring awareness to the fast warming waters of the Gulf of Maine. You can find Justin’s piece on Bedford Street.