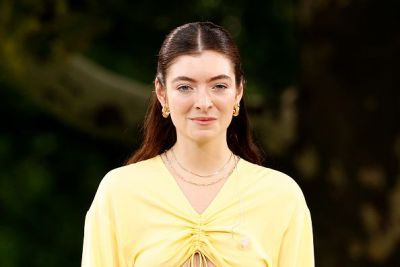 Lorde Promises No New Smash Hits On Her Latest Album

Lorde, the New Zealand singing sensation, has just released a new album and it is verifiably a departure from the moody and angst-ridden songwriting that is evident on her earlier albums. The brand new album is titled ‘Solar Power’ and very much lives up to the name, as it’s filled with lighthearted and uplifting music that Lorde says is mirrored in her own outlook on life of late. The singer has built up a cult following of fans that strongly relate to the mood of her previous albums – as such the new record represents a real risk for the star and a test of songwriting abilities.

The pop star is famous for her gothic looks and dramatic lyrics and singing voice – her lyrics often including references to being an outsider and the angst of youth. Her most popular single, ‘Royals’, was also her debut truly putting her on the pop music map and immediately validating her as a talented and formidable songwriting force. The single was so popular it managed to receive the prestigious and elusive Diamond status – meaning that across sales and streaming platforms the single managed to bag over 10 million sales, something only 58 singles have ever been able to do before or since.

This puts her in the same league as the likes of Elton John, Eminem, Lady Gaga, and Rihanna when it comes to selling power. However, Lorde has unequivocally stated that she expects no record-breaking hits from her new album. She intends it to be enjoyed for what it is and says she is in no way chasing no.1 status, nor was she attempting to craft a song of the year when she was assembling the album. Still, the reception has been positive of her new album and she may be surprised to find that she has another hit on her hands.