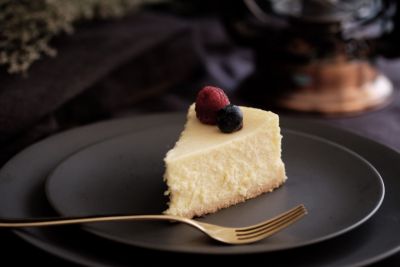 Making a homemade cheesecake can seem intimidating, but after you’ve done it, you’ll realize that it’s not that difficult; it’s just a little time intensive. As you gain confidence in baking a cheesecake, be careful to take your time. These guidelines for creating the perfect cheesecake might help you avoid difficulties, such as leaky pans, cracks, and dropped centers. It’s the small details that count.

To make a smooth cheesecake, you must ensure that the components don’t lump together. The cream cheese must be at room temperature since if it is too firm, it won’t combine well and will result in a lumpy mess. Additionally, the ideal cream cheese for cheesecake is the usual full-fat variety. More fat translates to more cream. I think adding a little flour to a cheesecake can improve it. The starch keeps the egg proteins from overly coagulating, providing you with a creamy consistency texture and assisting you in avoiding any cracks. Cornstarch can be used in place of flour if you need a gluten-free option.

Include sour cream in your recipe; although this doesn’t necessarily guarantee that your cheesecake bakes perfectly, I believe the added sour flavor and creamy texture create the ideal cheesecake. Greek yogurt works if you absolutely must replace it, but the taste is undeniably different. Avoid quick mixing or over-mixing, as a batter gets extra air added when it is over-mixed and mixed quickly. A cheesecake with too much air may crack in a few different ways. One possibility is that large air bubbles can ascend to the surface and form tiny craters. Second, allowing air makes your mix rise, and a cheesecake shouldn’t rise too much. It may rise significantly or too soon before falling and cracking. 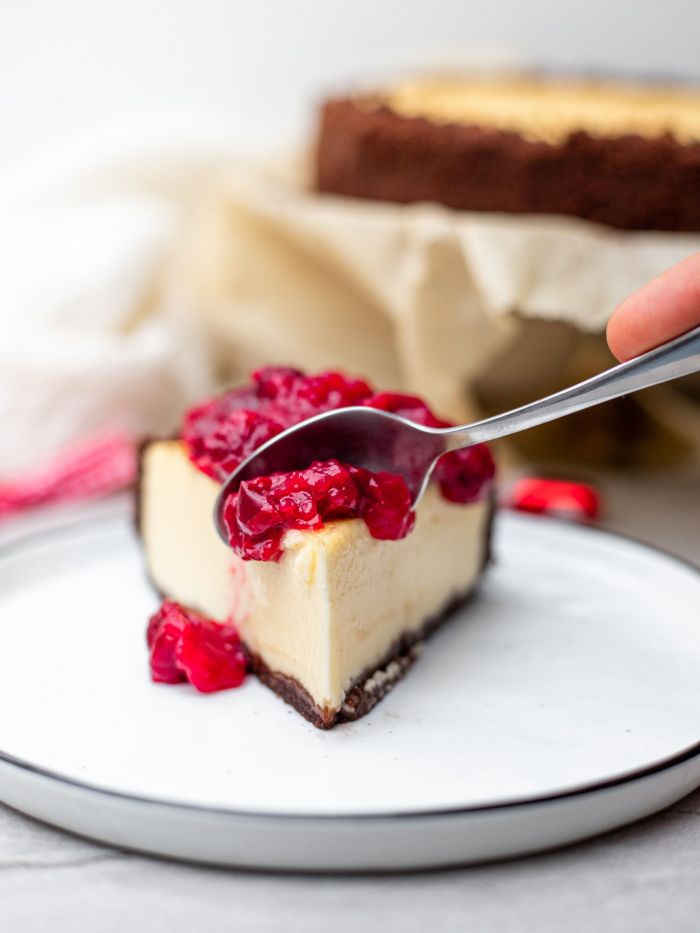 A cheesecake can break if it is overbaked, similar to a custard pie. The cheesecake is sufficiently baked when the borders are well formed and the inside few inches are firm but jiggly. The cheesecake can bake poorly or fall at the center due to temperature fluctuation. Lastly, avoid opening the oven door during baking to prevent releasing all the heated, steamy air.