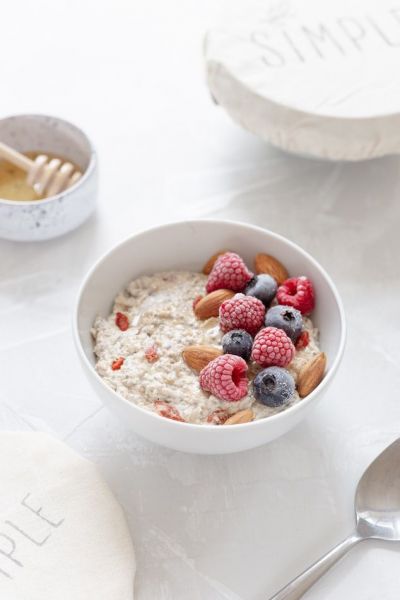 Making The Case That Oatmeal Can Actually Be Delicious

We just wanted to talk to you guys for a second about oatmeal. Yeah, for real. We’re all looking to add something healthy to our diet, especially nowadays since all too often its easy to just sit on the couch and eat a bag of potato chips. According to Healthline, there are a ton of scientifically proven benefits to eating oatmeal. It’s high in vitamins, nutrients, fiber, protein, and antioxidants. It’s also been linked to help manage cholesterol levels, blood sugar, and blood pressure, will keep you feeling fuller longer and can aid in weight loss. The thing is, oats have a bad reputation for being, well, just not appetizing. The texture, they’re colorless, like a big goop ball in a bowl. But we’ve got good news! There are ways to make oatmeal really delicious, and you don’t even have to add a ton of sugar or maple syrup to get it tasting good enough to swallow.

So first of all, don’t forget to add salt to your oatmeal. The American Heart Association says that most people already eat way more than their recommended limit of 1,500 mg a day. But if you cut out the salt when you’re making your oatmeal, you won’t like the oatmeal. The salt is a flavor enhancer so it brings out the natural nutty, slightly toasted flavor of the oats. We recommend adding salt at the beginning of the cooking process.

Next, pick your bowl wisely. It might not have ever occurred to you before what bowl or mug you use to eat oatmeal out of, but it’s actually more important than any of us realize. Oatmeal cools fast and that actually tastes pretty gross. Bon Appetit suggests you use an insulated coffee mug. Pottery mugs are also good to use. 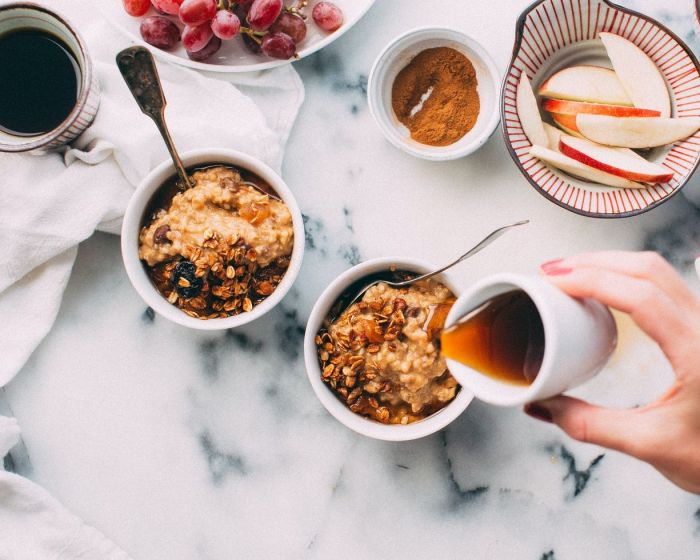 Now, a lot of people use water in their oatmeal to cut back on calories. And while that might work for some people, for the rest of us, it just doesn’t cut it. Oatmeal needs flavor and so you should opt for almond or soy milk, or even tea! For example, you can boil your oats in matcha green tea then add a bit of coconut or banana slices. Or what would taste better on an autumn morning than oatmeal made with chai tea, cinnamon, and some toasted coconut?

Take it from the professions: Simon Humphreys won third place in the 2007 world porridge making championships. Humphreys told The Guardian that after he was told he needed to watch his cholesterol, he started to take his diet pretty seriously. Now, he’s almost an expert at making heart-healthy oatmeal. He says that in order to change the texture of what you’re making, you’ll need to use the golden ratio of oatmeal: three parts liquid to one part oatmeal and then soak it overnight. Then, in the morning, you can either drain the oats and cook as you regularly would for a more even-textured, faster-cooking hot oatmeal, or just add some yogurt and fresh fruit and eat on-the-go.