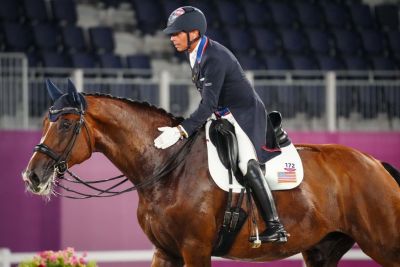 Mopsi, Dressage Horse And Surprise Star Of The Tokyo Olympics

The Olympics are almost by definition the realm of champions and heroes, those who have spent lifetimes perfecting their abilities and skills so that they may be the very best in their field. As such, many Olympians come to be adored and idolized by the spectators who support them – many have emerged from the competition to become national, or even global, heroes. This year a surprise candidate will be the one to take home the mantle of crowd favorite and rise to worldwide fame. That surprise candidate is Mopsi, the dressage horse from Team USA. 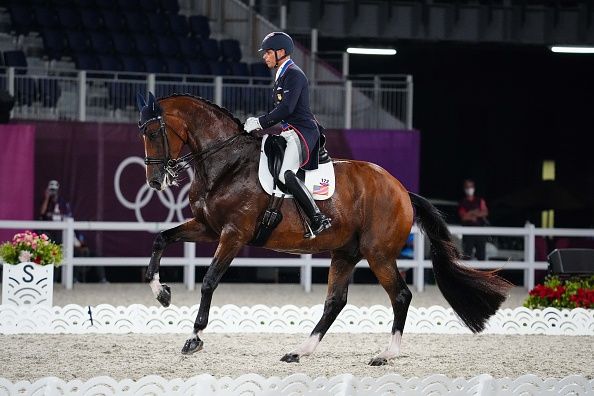 Mopsi, or Suppenkasper if we’re being formal, rose to prominence on the world stage of the Olympics thanks to his impressive dance-music-fueled freestyle routine in which he dazzled the crowd with his infectious joy, love of dancing, and impressive choreography.

The horse and his rider, Steffen Peters, performed not to the expected classical, operatic, or traditional music usually connected to dressage but rather to a dancefloor banger of a track.  Steffen Peters puts his strange choice in performance music down to two elements, one is his own history as a dancefloor DJ prior to his career as an Olympic horseback rider. The other is Mopsi’s clear preference for energetic and uplifting dance music. Peters and his rider have performed with songs ranging from David Bowie to Kanye West, but Mopsi clearly prefers electronic music.

Although the pair, unfortunately, didn’t place within the top three of the freestyle section and so as such didn’t take home any medals for the individual sections of the competition, they were a part of Team USA’s silver win in the group section of the competition. Regardless of their victory status, the duo has won fans across the globe and will surely be appearing once again on the world stage.