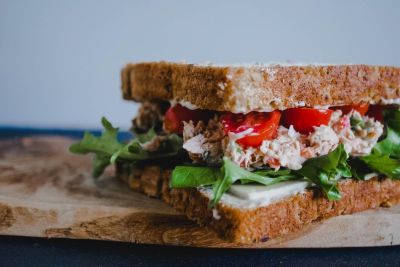 A lot of people say going vegan is hard because they’re so used to the food they grew up on. For example, maybe you love tuna sandwiches or chicken nuggets. Well, luckily, we live in a world that allows people to eat vegan and not miss out on their favorite food! Swiss food giant Nestle has announced the launch of its first plant-based tuna alternative! It took them nine months to perfect the recipe, which includes a blend of pea protein, wheat gluten, grapeseed oil, and natural flavors. The product is called Vuna and is sold under the Garden Gourmet brand. It’ll debut in Switzerland before releasing it in the global market.

Market Head for Nestle Switzerland, Eugenio Simioni, said, “We are delighted to launch this strategic expansion of Nestle’s plant-based offerings in the Swiss market first. It is another example of the innovation strength of Nestle in Switzerland, and the exceptional capabilities and expertise we have in this country in the area of food and nutrition.” The flavorful, flay textured plant-based tuna alternative can be used in salads, sandwiches, and pizza!

The current United States vegan seafood market is pretty small compared to the plant-based meat market. But it’s nice to see the growth potential! According to Nestle’s Chief Technology Officer Stefan Palzer, “Sustainably produced plant-based seafood alternatives can help to reduce overfishing and to protect the biodiversity of our oceans. Our plant-based tuna alternative is delicious, nutritious, and high in protein, while also being mercury-free. We are excited to launch this great product, and other plant-based fish and shell-fish alternatives are already under development.”

Nestle is expected to launch Starbucks non-dairy creamers in the US this month, a vegan condensed carnation made from oat milk in the UK in September, and a range of non-dairy cheese, too!