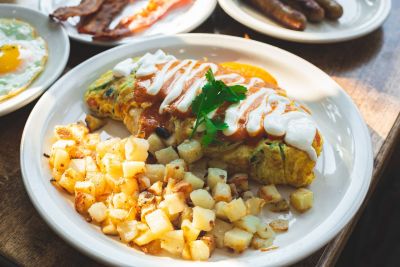 A quick, simple, yet healthy lunch that may be as basic or elaborate as you choose is an omelet. Even poor cooks can perfect the recipe for a straightforward two-egg omelet. The size of the pan you decide to cook your omelet in is an important aspect that is sometimes disregarded. We advise using a medium-sized pan with a diameter of around 20 cm to make a two-egg omelet. You’ll wind up with a little, chunky omelet if your frying pan is too small, and the omelet will be difficult to fold if you use a large pan.

Cheese-Ham Omelet: In a mixing bowl, carefully whisk the eggs; season with salt and pepper to taste. In a frying pan, warm the butter until it begins to froth. Pour the eggs in and fry for a few seconds or until the omelet’s bottom begins to set. The uncooked omelet center should be pushed into the set omelet portions. Cook the omelet once more until it has set more. Repeat the procedure up until the omelet’s center is still soft, but the eggs have just started to solidify. In the center, place the cheese and 3/4 of the ham, and cook until the cheese has melted. Cook the omelet for 30 seconds over high heat or until it is golden. Move from the pan to the plate, then sprinkle the rest of the ham atop your folded omelet.

In a mixing bowl, combine the eggs gently and add salt and freshly ground black pepper to taste.
In an omelet pan, heat the butter until it begins to froth. The beaten eggs should be added and cooked for a few seconds or until the omelet’s bottom is barely set.
Repeat the procedure until the eggs start to set, but the center of the omelet is still soft—Cook the omelet for 30 seconds with the smoked salmon.
Take the pan off the heat and tilt it just a little to transfer the omelet to the edge.
After transferring the omelet to a serving platter, roll it up neatly.
Olive oil should be used to serve the omelet. 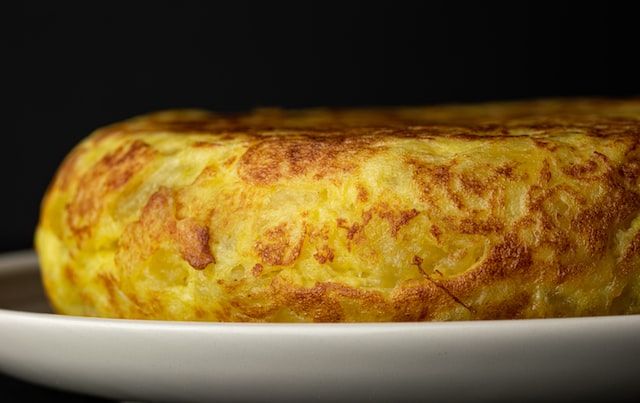 Boil the potatoes for 10 minutes or until they are just beginning to soften. Oil in a frying pan is heated. Add the heated peppers, mushrooms, and potatoes (or other vegetables of your choice). Transfer the softened, slightly browned veggies to a bowl after they are done. To the pan, add the beaten eggs. Return the vegetable mixture to the pan after the eggs start to set slightly. On top, grate some cheese. You may fold the omelet in half or flip it to cook the other side with a side of salad.