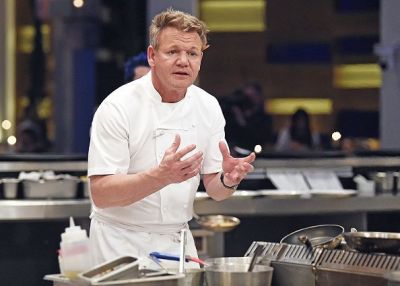 Gordon James Ramsay is a British chef, restaurateur, TV personality, and writer. In 1997, he founded a restaurant group called Gordon Ramsay Restaurants. Gordon Ramsay is the most famous chef in the world, and his career has totaled 16 Michelin stars, multiple awards, and a long list of hit TV shows, including Hell’s Kitchen, MasterChef US, and Kitchen Nightmares. His television appearances are notable for his bluntness, fiery temper, strict demeanor, and frequent use of vulgar language. He has promoted and recruited various chefs trained under his wings by combining careers in television, film, hospitality, and food.

In 2022, Guy Fieri will be the second most famous chef in the world. The Emmy Award Winning American restaurateur is one of the most popular TV personalities in the business. He became the highest-paid chef on cable television after signing a contract with the Food Network in 2021. He has appeared on various Food Network cooking shows, including Big Bite Guy, Diners, Drive-Ins and Dives, and Minute to Win. In addition to his television works, he also writes several cookbooks and is said to own more than 70 restaurants and 14 brands.

Giada Pamela De Laurentiis is the world’s most well-known Italian-American chef, author, and TV personality. De Laurentiis started the catering business GDL Foods, and she is a consecutive three times proud winner of the Daytime Emmy Awards for her exceptional television performance. She is famous for her “Everyday Italian Recipes,” which is regarded as the best Italian cookbook ever written to date. “Giada at Home” was hosted by her on the food network; she also co-hosts NBC Today regularly and contributes as a guest.