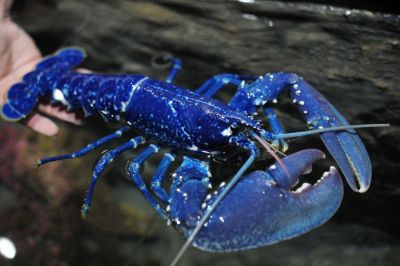 A rare blue lobster was saved by Red Lobster employees and sent to a zoo instead of a dinner table! Clawde, a female blue lobster, escaped a sad fate, indeed! Clawde was recently delivered to an Ohio Red Lobster restaurant but has now found a new home at the Akron Zoo. A lobster with a rare blue shell is incredibly rare. The genetic anomaly that causes their shells to be blue instead of red occurs once in every two million lobsters, the zoo said. Anthony Stein, the culinary manager of the Red Lobster where Clawde was found, told NPR that at first, restaurant staff thought the crustacean looked ‘fake.'” “It’s definitely something marvelous to look at,” Stein said. Server Angie Helbig told NPR that the staff made sure Clawde stayed off the dinner plate. She knew it had to be special because of Red Lobster’s employee service award called the Blue Lobster Award. “We kept [it] in the tank and just made sure that nobody took him in the back for dinner,” Helbig said. 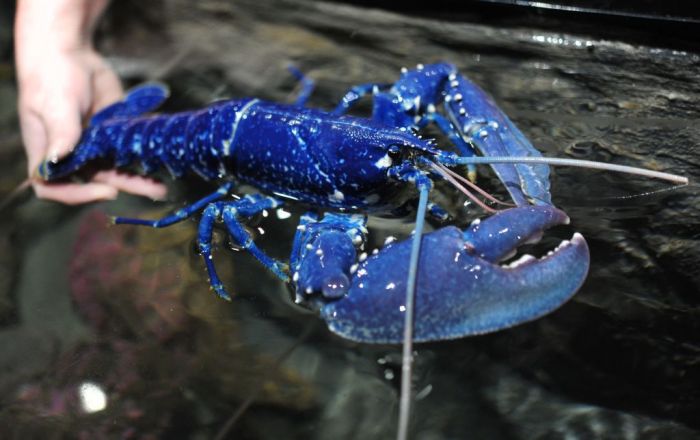 Kathleen Balogh, the animal care manager at the Akron Zoo, told NPR that Clawde is doing well, though “there is a little bit of wear and tear from its journey” from the restaurant to the zoo. Employees at the Cuyahoga Falls Red Lobster and zoo staff were connected through a program run by the Monterey Bay Aquarium called Seafood Watch, which “strives to help consumers and businesses choose seafood that is farmed sustainably and fished in ways to support a healthy ocean,” the zoo said in a Facebook post on Sunday. The zoo said that Clawde is acclimating to her new home in the Komodo Kingdom building at the zoo, and that her habitat has been nicknamed “Clawde’s Man Cave” by staff.