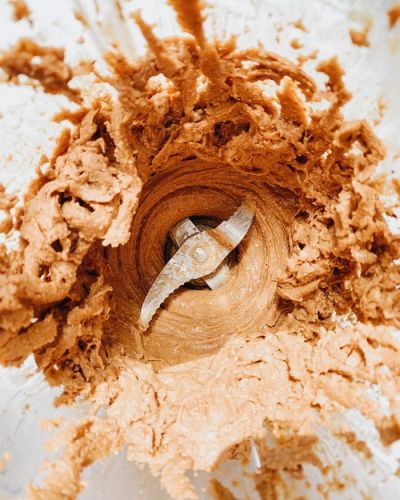 You read that right, people! Everyone’s favorite candy bar (it’s a fact, check the statistics) is coming out with their first cup that is 100% peanut butter flavor. No chocolate, just pure peanut butter goodness. But we’re getting ahead of ourselves. It was back in 1963 when The Hershey Company merged with the H.B. Reese Candy Company that the two brands made a match made in heaven: chocolate and peanut butter. Now, it’s almost impossible to separate the two. Chocolate and peanut butter just make sense together all thanks to this teamwork. But now, starting next month, for the first time ever, you can buy the new Reese’s Ultimate Peanut Butter Lovers Cup. It took 90 years, folks, but here we are.

Billed as “the most extreme, peanut buttery version” of Reese’s best-selling cups ever released, this limited time only “Ultimate” iteration features a peanut butter candy-flavored shell on the outside stuffed with the same peanut butter customers already love inside.

“While launching a Reese’s Cup with absolutely no chocolate might come as a shock, we’re giving the truest peanut butter fans something to go wild about,” Margo McIlvaine, Reese’s brand manager, said in announcing the wild cups. “The frenzy that comes with changing an icon like the Reese’s Cup is real—but you can still enjoy the classic plus get more peanut butter flavor with a new option that’s every peanut butter lover’s dream!”

This isn’t the first time the idea has come up. During limited runs in 2019 and 2020, Reese’s had a Reese’s Peanut Butter Lovers Cup featuring the usual chocolate cup on the bottom, but an extra layer of peanut butter on top. For those of you who are personally offended by the thought of losing out on chocolate, don’t worry, those are coming back as well.

Reese’s also suggests more is yet to come. “The Reese’s brand has a few more tricks up its sleeve in the upcoming weeks,” the brand adds, “so if you’re a peanut butter lover, be on high alert…”