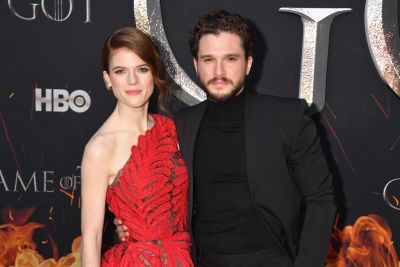 Rose Leslie and Kit Harington Are Expecting Their First Child

The former Game of Thrones co-stars played star-crossed lovers Jon Snow and Ygritte. And then when they started dating in real life in 2012 we all were beside ourselves. But then a year later they split up. The two rekindled their romance in 2016, got engaged a year later, and officially tie the knot in 2018! Kit Harington and Rose Leslie got married in Aberdeenshire, Scotland, at Leslie’s childhood estate. Many of their fellow Game of Thrones costars traveled to Scotland to attend the ceremony, including Emilia Clarke, Sophie Turner, Maisie Williams, and Peter Dinklage. Arguably one of television’s most charming couples, Rose Leslie and Kit Harington are now expecting their first child together!

Leslie confirmed the news to Make magazine. She posed with her baby bump in the magazine’s latest issue and revealed that she and Harington are spending quarantine in a Tudor manor house in East Anglia, which she refers to as “the house that Jon Snow built.” Fashion editor Ursula Lake posted Leslie’s photos on Instagram, writing, “A very special all-women team photographic shoot capturing Rose at this wonderful time as she prepares for motherhood for the first time!” 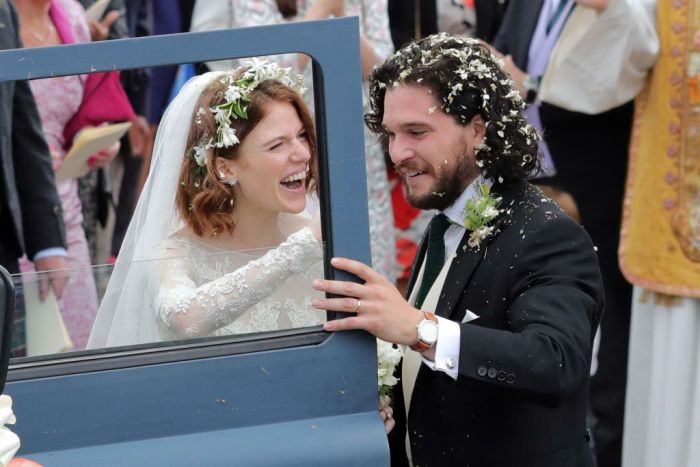 Fellow co-star Sophie Turner also recently became parents! Joe Jonas and Sophie Turner have welcomed their first child, Willa. Jonas’ representative confirmed to People magazine back in July. “Sophie Turner and Joe Jonas are delighted to announce the birth of their baby,” the statement read. According to Entertainment Tonight, the couple welcomed a baby girl on July 22. “Joe and Sophie welcomed a baby girl last Wednesday in LA and are over the moon,” a source told Entertainment Tonight. “The couple is already obsessed and can’t stop gloating about their new addition. The couple is taking time to enjoy this special moment and have only shared the news and updates with family and friends. With the pandemic, Joe and Sophie have been very cautious about who is around them and their little girl.”

Joe Jonas began dating the 24-year-old actress in November 2016. After the Billboard Music Award in May 2019, they made it official when they got married in Las Vegas. They exchanged vows again at a wedding in France that June. The actress’s pregnancy was first reported in February, though the couple never confirmed the news themselves. TMZ was the first to report the news that says that the couple welcomed a baby girl named Willa on Wednesday, July 22 at a hospital in Los Angeles.