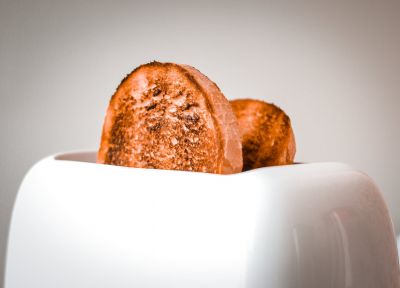 S'mores Toaster Strudels Are One Their Way

Get excited breakfast lovers! It looks like new S’ mores Golden Grahams Toaster Strudels are on their way. The popular Instagram account @candyhunting spotted the new dessert-breakfast delight on a nutrition site. Unfortunately, it isn’t yet clear if or when they’ll be on store shelves. But that isn’t stopping us from making room in our freezer! The ultimate sugar rush pastry has a chocolate and marshmallow filling. Pillsbury’s has tons of delectable flavors of Toaster Strudel and even had a limited edition s’ mores variety in the past. Keep your eyes on the prize and cross your fingers the new flavor arrives at local grocery stores.

Last year the frozen paste released a new churro flavor that had people running to the grocery store. It comes with packets of chocolate icing instead of vanilla, which sounds just too good to be true. Pillsbury had Cinnamon ROll and a couple of other cinnamon-infused Toaster Strudel flavors. But this churro flavor is too much to handle. If you’re anything like us, it might be a minute since you’ve had Toaster Strudel’s but these awesome new, drool-worthy flavors might just change that!