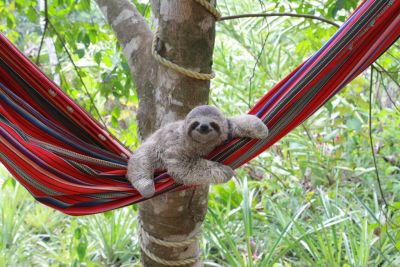 Some Chill Facts About Sloths

I have never met a person who does not love sloths. Come on, they get to eat, sleep, and hang out in trees all day long. But there are a few things you might not know about these adorable creatures. In fact, there are a lot of chill facts about sloths that I’d bet you don’t know about. For example, did you know that when sloths were first described in the scientific literature in 1749 they were labeled as “the lowest form of existence”! But the truth is that sloths are far from being lazy creatures that just sleep all day. They are complex animals that are just as completely misunderstood as they are adorable. Here are some of my favorite sloth facts!

Without sloths, there would be no avocados 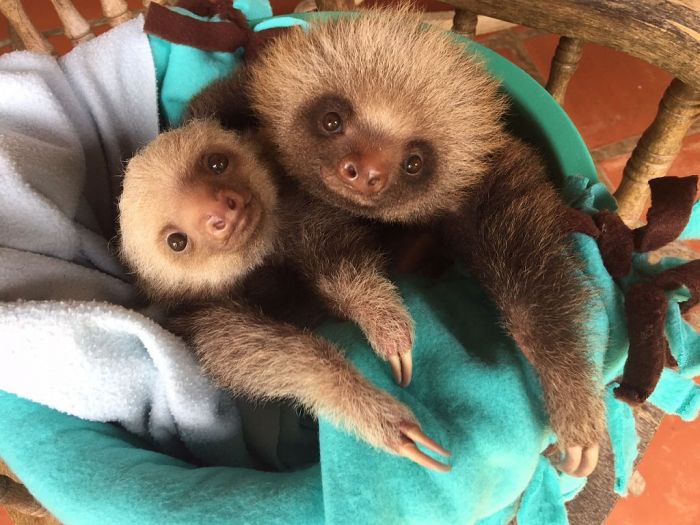 It might be hard to imagine it but millions of years ago there were giant ground sloths wandering around Earth. These now-extinct giant ground sloths were some of the only mammals that had digestive systems large enough to process the huge avocados seeds whole. They ate the fruit and then dispersed the seeds all over. So yeah, we have the giant ground sloths to thank when we enjoy our Sunday morning brunch of avocado toast and margaritas.

Sloths are three times stronger than us 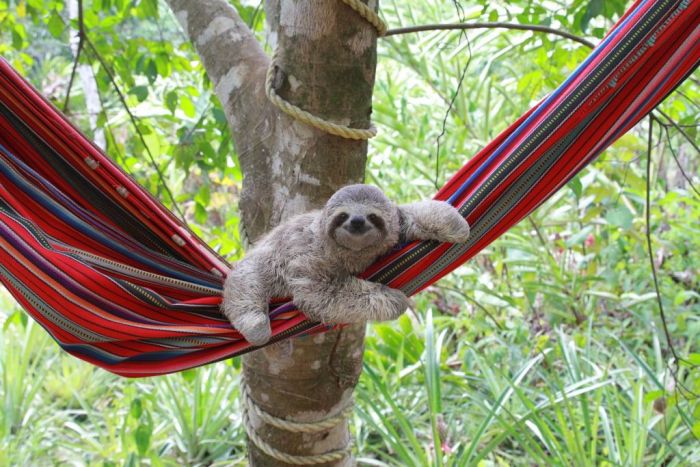 9 times out of 10, sloths are hanging from a tree. From the moment they are born, sloths are able to lift their entire body weight upwards with just one arm! Talk about being pull-up champions. What’s also very interesting is that sloths have 30% less muscle mass than other mammals of similar sizes and are over three times stronger than the average human! They have a highly specialized muscle arrangement that can produce enough strength to withstand the force of a jaguar trying to rip them from the tree.

Sloths are blind in bright daylight 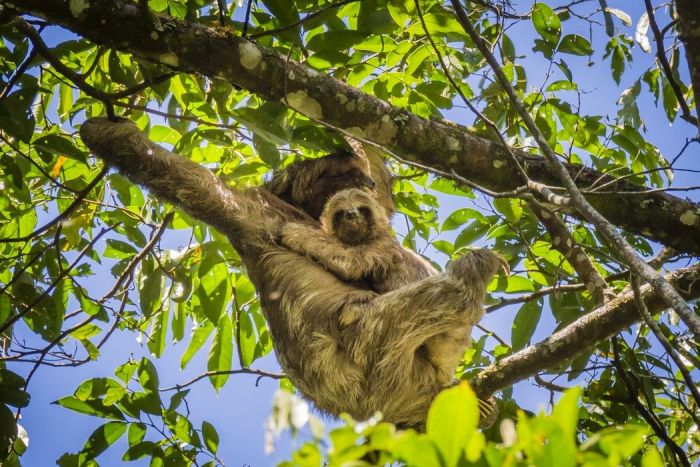 Sloths have a condition called rod monochromacy which means that they completely lack cone cells in their eyes. As a result, all sloths are color blind, can’t see very well in dim lighting, and are completely blind in bright daylight. However, to counterbalance their color blindness is compensated by having an amazing sense of smell and spatial memory. Their poor eyesight also plays a key role in their slowness: you can’t move very quickly through trees if you can’t see where you are going!