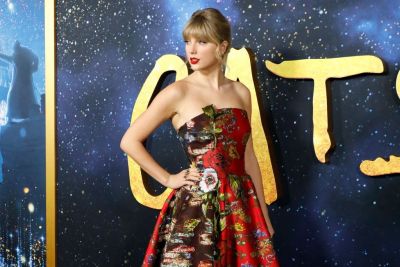 The well-known American pop singer is a serious, full-time cat lover. Her admiration for her kittens is evident from her social media profiles filled with adorable cat pictures. You can also see her eyes light up when she talks about her kittens in interviews. She has three kittens named Meredith Gray, Olivia Benson, and Benjamin Button. Out of the three, Meredith and Olivia are Scottish Fold cats. With her newest cat edition, Taylor decided to get creative with the breeds, which is why Benjamin Button is a Ragdoll kitten.

Meredith Gray is named after the well-known show- Gray’s Anatomy. The singer was such a fan of the show that it only felt right to call her first kitten after a character from the show! Olivia Benson, whom Taylor adopted in 2014, is also named after a TV show. It was Law and Order this time. Her favorite actor in the show- Mariska Hargitay- played the character of Olivia Benson. So, it only felt suitable for her cat after her! Hargitay also appeared in Taylor’s song Bad Blood’s music video. Benjamin Button is named after Brad Pitt’s character in The Curious Case of Benjamin Button. There is no connection between Brad and Taylor, so it’s likely she just liked the name!

While the singer does not have any exciting story of how and why she adopted Meredith Gray and Olivia Benson, there is one about Benjamin! She first met Benjamin on set while filming for the song “ME!”. She says, “[The Handler] handed me this tiny cat and he just started purring, and…he looked at me like, ‘You’re my mom, and we’re going to live together.’ I fell in love. I looked at Brendon, and he’s like, ‘You’re going to get the cat, aren’t you?'” she explained. And just like that, Benjamin was adopted!