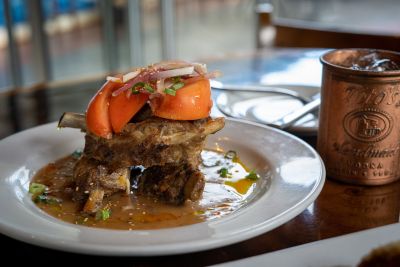 The Philippines gave birth to the cooking process known as “adobo.” This dish is more like traditional adobo than the chicken version, which uses coconut milk. Pork and seafood are simmered in a blend of vinegar, soy sauce, and garlic. With whichever protein you choose to cook, the outcome is a spicy, flavorful meal that varies somewhat. Although the Pork Adobo dish needs to simmer for a while on the stove, it simply needs to be put together quickly. As a result, this post and recipe are both quite brief.

This traditional Filipino dish has countless variants. White vinegar, soy sauce, garlic, peppercorns, and bay leaves are pantry staples used to make a marinade for adobo. The meat is marinated for an entire night before being simmered on the stovetop in the same marinade. The cooking technique is characterized by the fact that the chicken or pig, perfectly cooked in the sauce, is often fried in oil before dishing—this method preserved meat by cooking it in vinegar and salt during the pre-refrigeration era. The adobo cooking method is claimed to have evolved. However, more recent versions have used soy sauce in place of salt. 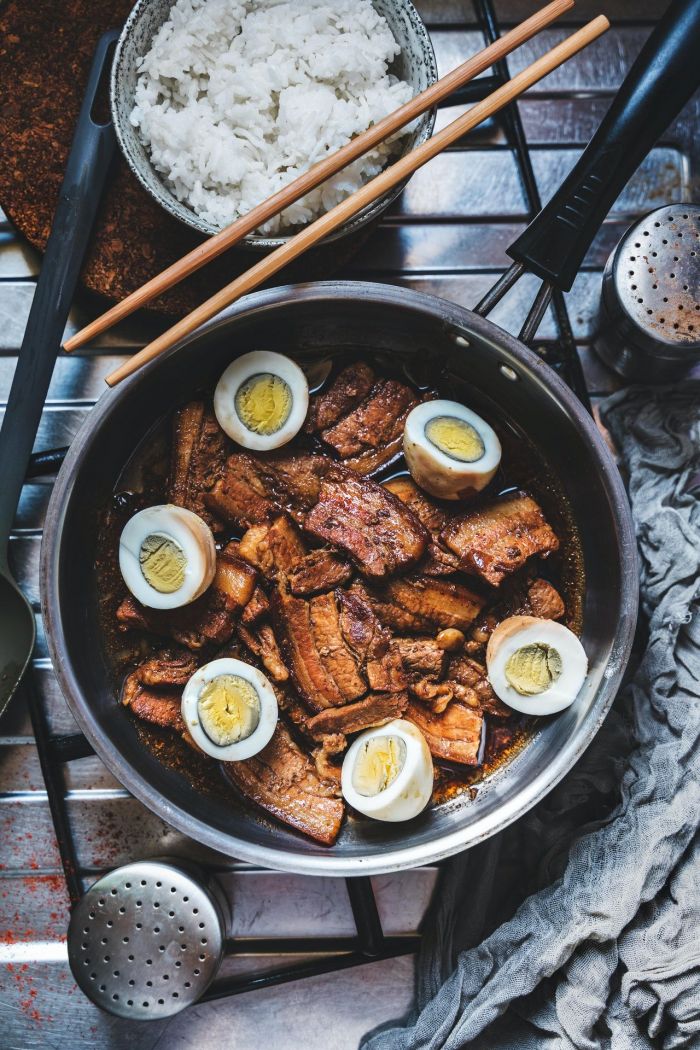 Add the oil to a medium-sized dutch oven or pot set over medium-high heat, and sear the pork until browned all over. Bring the water to a boil while adding the vinegar, low sodium soy sauce, garlic, bay leaf, black peppercorns, and sugar. Simmer for an hour with the heat down to medium-low and the lid on. After 30 minutes of cooking without the cover, the sauce will have reduced. It is best served over rice. The Spanish word “adobe”, which means marinate, is where the phrase adobo originates. Spanish cookery frequently used marinating meat in a delicious marinade. Due to the similarity of their marinades, Spanish colonists gave the Philippines’ native cooking style the moniker “adobo.”