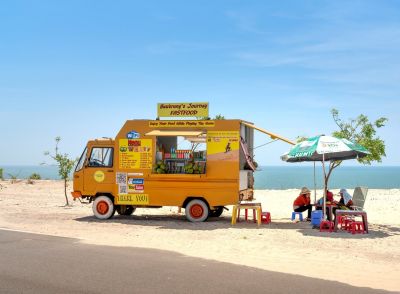 If you’ve ever walked down the streets of New York City and San Francisco, there’s a good chance you bought a hot dog or pretzel from the food truck stand on the corner. But it was back in 2008 when the food truck revolution had truly begun. For the last decade, food trucks have continued enticing hungry foodies nationwide. From Austin to Portland to Charleston, the U.S. is on top of its food truck game. So much so, in fact, that food trucks have evolved into their own culinary culture. According to The New York Times, a 2017 U.S. Chamber of Commerce study found that revenue from food carts reached $2.7 billion. Now that’s a lot of dough (pun definitely intended)!

The food truck revolution that changed the way Americans eat all began with a man named Roy Choi. Choi didn’t come up with the grand idea of selling food out of a truck on his own. Actually, the reasoning was pretty practical. During the 2008 recession, banks weren’t giving out loans to small businesses. That meant that Choi couldn’t open up a brick-and-mortar space, so instead, he and his partner, Manguera, rented a catering truck from the ’80s and sold tacos out of it for $2 apiece. It didn’t take long for the Kogi BBQ Taco Truck to explode with Choi cooking and Manguera in the front of the truck. After that, the rest of the food truck history is, well, history! More and more chefs took to the streets all around the country, selling creative, singularly focused cheap and delicious food. 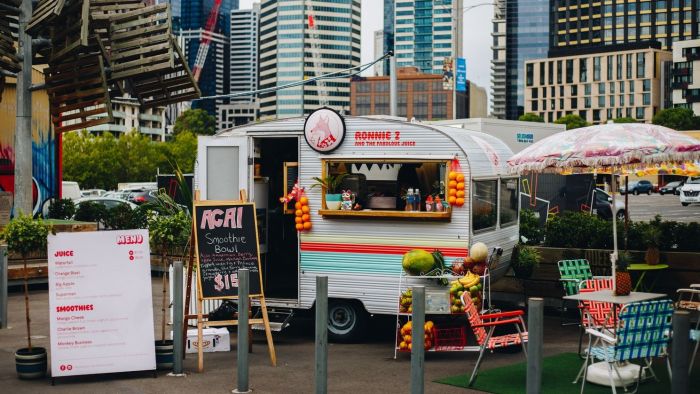 Given the fact that Los Angeles is kind of a big deal in the food truck world, we figured it would be best to gather up the best food trucks the city has to offer. First, we’d be crazy not to start with Roy Choi’s Kogi BBQ truck. It’s undisputedly the leader of the food truck craze in LA and is still leading in culinary trends like wrapping everything in a corn tortilla. Next, we have to talk about Prince of Venice because its like truck food royalty. No, seriously, it’s owned by a real life royal: the great grandson of the last King of Italy. That’s pretty crazy. So you can expect fresh pasta dishes that are fit for a king. And lastly, you have to check out the “Home of the Original Sushi Burrito.” Jogasaki Sushi Burrito launched way before the whole sushi-burrito craze became a thing, so its self-proclaimed titled is well deserved. There’s so much to love in these massive rolls that you’ll be following Jogasaki all over LA!