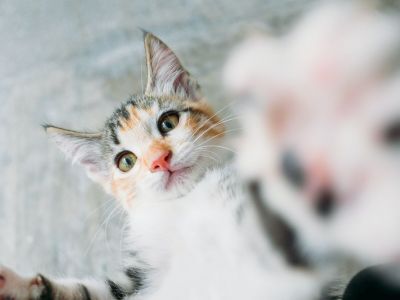 The Cat and Hedgehog Duo Who Are Travel Influencers

As far as Instagram goes, travel influencers are plentiful. But nobody is cooler or cuter than Herbee and Audree. Meet the duo who traverse the world together! From spending time in castles in Germany to sitting by the Eiffel Tower in Paris, these two are sharing their adventures with the world on Instagram and they are totally worth following. Why you might ask? Well, these are no ordinary travel influencers. Herbee is a hedgehog and Audree is a Bengal kitten. And yeah, they both probably have more passport stamps than you do. The story began in 2015 when Talitha Girnus started an Instagram account for her first hedgehog, Mr. Pokee. Girnus and Mr. Pokee would post about their adventures together. Sadly, just before his fourth birthday, Mr. Pokee passed away in 2019. Girnus adopted Herbee and Audree and kept Mr. Pokee’s memory alive by using his Instagram page to share their new travels. And it is one of the most joyous accounts on Instagram.

Herbee and Audree currently have 1.8 million followers and certainly are the world’s cutest adventurers! “Between all the serious things happening in the world every day, Pokee and now also Herbee and Audree are here to give you a reason to be happy and smile,” Girnus writes about the page on her blog. “Whenever you return to our page, we want to remind you to never lose faith and always follow your heart.” As for how these two truly get along on the road, Girnus shared with People, “…they’re inseparable! Wherever Herbee goes, Audree goes. She lays down on spots where he was, they sometimes even snuggle and play together.” She adds, “Audree is allowed in Herbee’s cage and sleeps there sometimes or just watches him.”