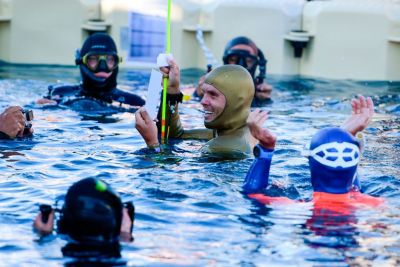 Alexey Molchanov has been the undisputed best all-around free diver in the world these past four years. He spent his younger years traveling the world, from competition to competition, with his mother, who set 41 world records and won 23 world championship titles. One day in 2015 while fear diving near Ibiza, Alexey Molchanov’s mother disappeared. However, her curriculum was never forgotten and is taught across Russia and Eastern Europe. Her son, Alexey, already had one depth record and multiple world championships under his belt. He’d also started manufacturing free-diving gear under the Molchanovs brand.

Alexey Molchanov’s older sister, Oksana,  is also a free diver and an instructor, but for two years after her mother’s death, she avoided the water. Molchanov dived more often and brought his mother’s free-diving curriculum across the globe. “The water, free diving was the way for me to cleanse and recover,” he said. Being underwater allowed him to connect with his mother while also letting go. “It’s thinking about this connection, and it’s also about not letting the tension and all the negative emotions settle in the body.” 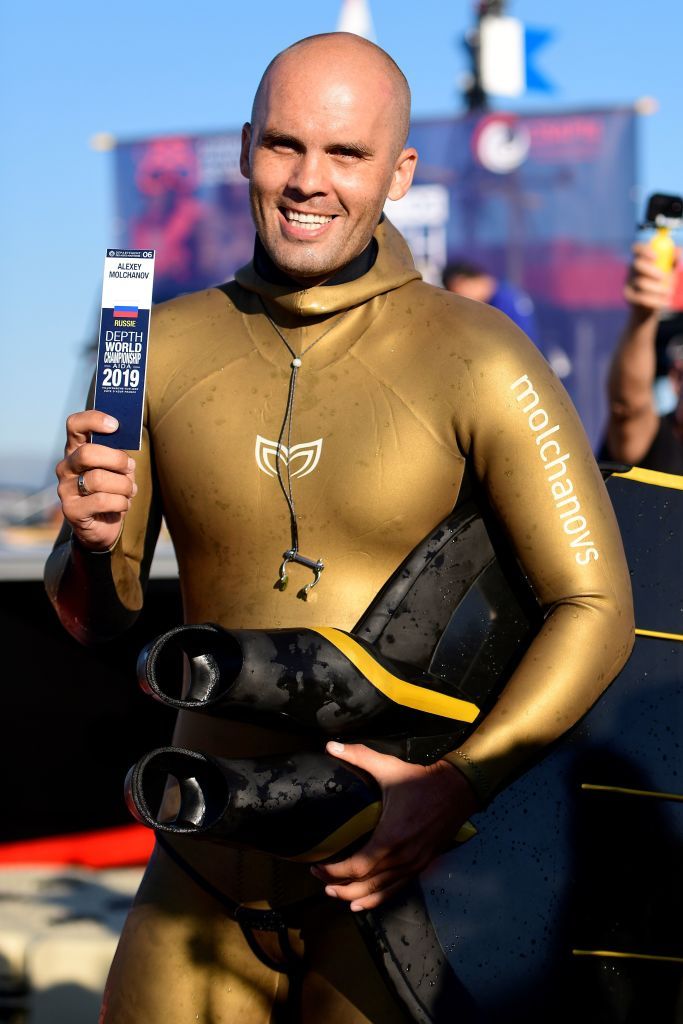 The records started piling up quickly. I2017, Molchanov won Vertical Blue, the Wimbledon of free diving, for the first time. The next year, he broke two depth records at the same competition in Dean’s Blue Hole, the home training ground of his greatest rival, William Trubridge. In 2018, he broke his own Constant Weight record, by diving to 130 meters and back with a monofin, and he nabbed Trubridge’s Free Immersion world record, by pulling down a line to 125 meters and back again.

Most professional divers take a break from pushing their limits each winter. But Molchanov is not like most divers. So in February 2020, he found his latest challenge in ice diving and set a world record there too, covering 180 meters (591 feet) in a feat of distance, not depth, under the ice in a quarry on the outskirts of Moscow.